State agencies are moving in to clean up Austin, Texas after the capital city became a magnet for homeless vagrants, due to laws allowing people to camp out on the streets.

The project started on Monday morning as cleaning crews used leaf blowers and street sweepers to clear debris while they were guarded by state police.

Fox News sent a camera crew and reporter Aishah Hasine into Austin to investigate and ask questions to people on the ground.

"We saw... crews out and about escorted by state police cleaning up the trash out here, using leaf blowers and a street sweeper," Hasine told the hosts of "Fox & Friends." "The second part we believe will be to pack up the folks living here as the state steps in and frustration mounts, over how the city is handling this crisis."

Residents complained of "tent cities" sprouting up near state highways and said homeless people have continually urinated and defecated in the streets.

HOMELESS ENCAMPMENTS UNDER AUSTIN HIGHWAY OVERPASS TO BE CLEARED OUT, TEXAS GOVERNOR SAYS 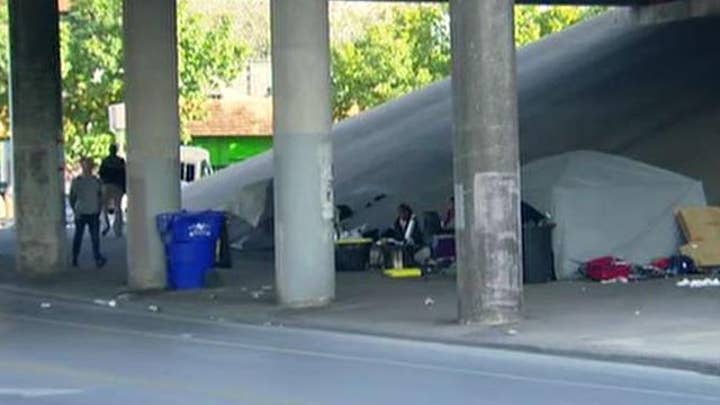 Homelessness is up 5 percent from last year in Austin, as 2,255 individuals will experience homelessness in the city this year, according to the Austin/Travis County annual point count.

City leaders repealed a camping ban earlier this year and allowed people to sleep or camp in any public area. Texas Gov. Greg Abbott gave the city time to stem the crisis but has now sent in the Texas Department of Transportation to finish the job, with what he called, a "day of action."

"Safety will improve soon," the governor tweeted on Tuesday. "The homeless will be offered options for shelter, food, clothing & healthcare."

One man interviewed by Hasine claimed homeless people come from all around the country to live on the streets in Austin because the authorities are lax and there are many incentives, like free food and shelter.

"You don't have to buy food," he said. "Everybody feeds you. They give you money. You can party. It's a blast, man." 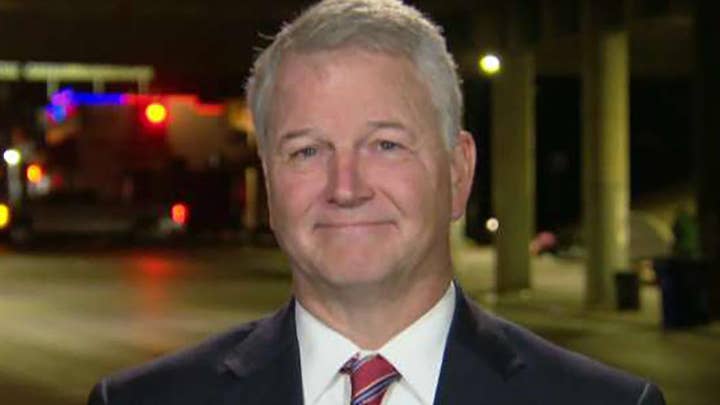 "I think the governor's absolutely right," Dickey said. "Mayor [Steve] Adler went to San Francisco and Seattle to try to figure out how to better work with the homeless and better handle the homeless situation and that's like trying to go to Venezuela to look for good policy. It is absolutely crazy.

"Leftists continually believes that if... just someone with a bigger heart tries the same failed policy over and over again that things will get better, but they don't get better. They get worse."