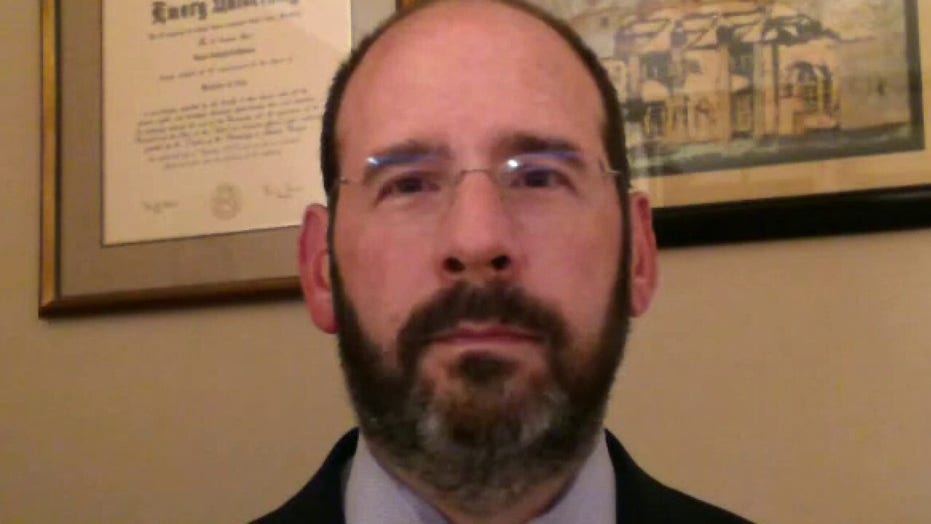 Ivory Streeter and Mark Gardner were fired and charged with assault after pulling college students from car during protests; Lance Lorusso, attorney for the fired Atlanta officers, joins Laura Ingraham with insight on 'The Ingraham Angle.'

The attorney for two Atlanta police officers who are suing the city's mayor and police chief after they were fired for using stun guns on a pair of college students during a protest told "The Ingraham Angle" Tuesday that the body camera footage of the incident was "edited multiple times."

"What has been edited out is the probable cause for the arrest," Lance LoRusso said.

"The officers told the driver to move his vehicle ... he refused," the lawyer added. "They open the door and he drives away violently, almost pulling one of the officers off their feet."

The footage shows former investigators Mark Gardner and Ivory Streeter pulling two college students from a car and using stun guns on them. LoRusso said the video was revised to create "this narrative that the officers just surrounded this car in traffic and started breaking out the windows, and that is not true."

The officers claim that they were fired in violation of the city's code, without investigation, proper notice, or a pre-disciplinary hearing.

Former Atlanta police officers Ivory Streeter, left, and Mark Gardner were fired for an incident with two college students during protests in the death of George. (Associated Press)

When asked by Ingraham whether he thought the firings could have something to do with Atlanta Mayor Keisha Lance Bottoms' standing as a potential running mate for Democrat Joe Biden, LoRusso answered, "I'm sure it comes into play."