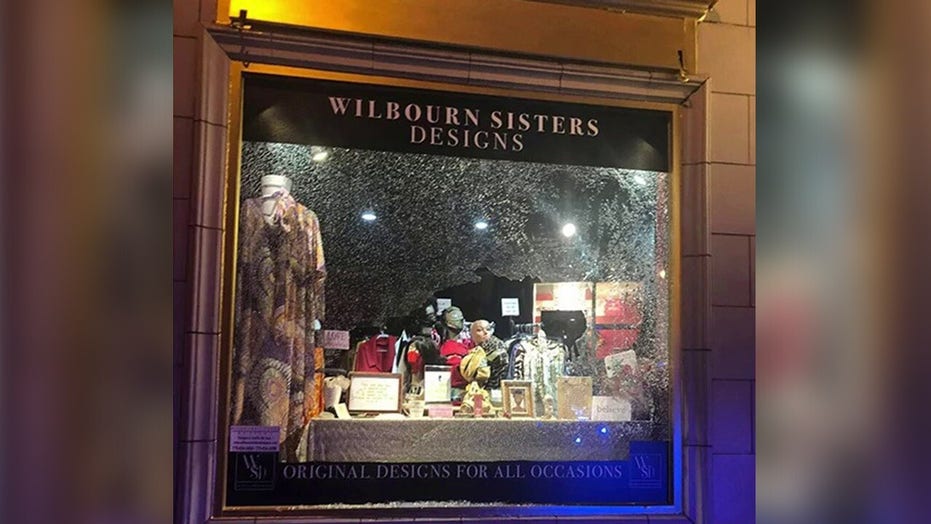 Janice Wilbourn, owner of Wilbourn Sisters Design in Atlanta, speaks out after looters tried to break inside her store.

Two Atlanta police officers who were fired for pulling two college students from a car and using stun guns on them during protests against police brutality are suing the city mayor and police chief.

The lawsuit alleges that the officers were fired in violation of the city's code, without investigation, proper notice, or a pre-disciplinary hearing.

Former Atlanta police officers Ivory Streeter, left, and Mark Gardner were fired for an incident with two college students during protests in the death of George. (Fulton County Sheriff’s Office via AP)

Bottoms and Shields have said they reviewed body camera footage from the May 30 incident and decided to fire the officers and place three others on desk duty. Fulton County District Attorney Paul Howard brought criminal charges on June 2 against Gardner, Streeter and four other officers involved in the incident.

Pilgrim and Young, who are dating, are students at different historically black colleges near downtown Atlanta. Pilgrim was released the night of the incident with no charges. Young was arrested and charged with eluding police, but the mayor has said she ordered the charges dropped.

“I feel a little safer now that these monsters are off of the street and no longer able to terrorize anyone else,” said Young, who was dragged from the vehicle along with Pilgrim.

In their lawsuit, the fired officers seek reinstatement to their jobs, as well as back pay and benefits. The suit states that the officers were denied due process and that the other officers who "engaged in substantially similar conduct" were not dismissed.

Fox News has reached out to the mayor’s office and the Atlanta Police Department seeking comment.

Lawyers for the college students have said their clients were caught in traffic caused by a protest over the May 25 death of George Floyd while in police custody. Four Minneapolis officers have been arrested and charged in Floyd’s death.