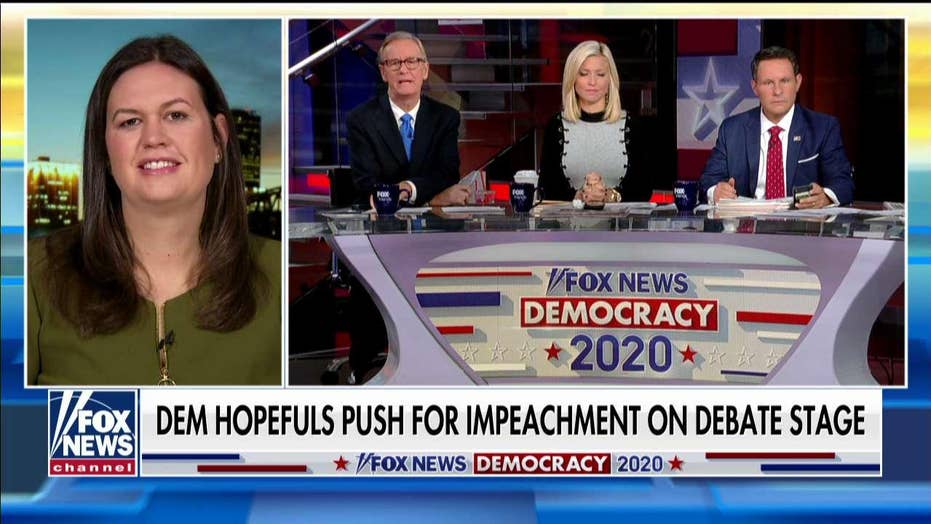 "The big loser... was Joe Biden," she said. "It was incredibly telling that all of the fire that was taken on stage was by Elizabeth Warren, and not Joe Biden -- indicating that even Democrats on that stage know that Biden is finished and that Warren is the new frontrunner."

Sanders claimed Warren's ascension is a net positive for Trump and said her new position as frontrunner will rebrand her as the face of the party, to the detriment of other Democrats.

"She is the new face of the Democrat party," Sanders said. "That is a great contrast for this president. And I think it sets him up very nicely for re-election in November." 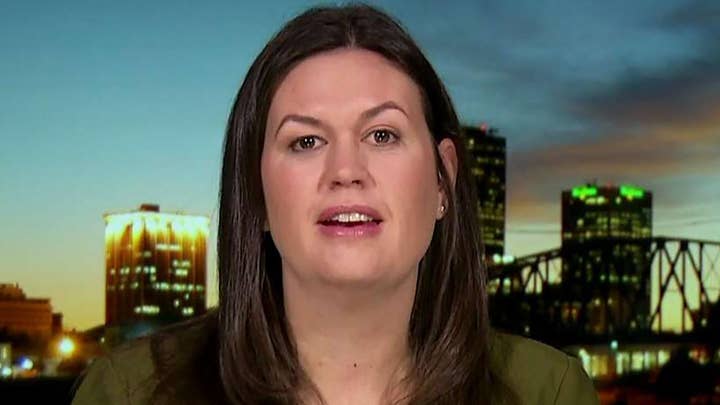 Sanders also said the questioning at Tuesday's primary debate was "pathetic" and slanted, in an effort to drag down Trump and exonerate Biden.

"CNN accused President Trump in their questions, yet gave Biden a complete free pass," she said. "They gave him one question -- a very basic follow-up and moved on. I couldn't believe that they glossed over the corruption that we've seen exposed over the last several weeks, so quickly as they did last night.

"Nobody else on stage even thought to call Biden out," Sanders added. "I think they have already decided to write him off and they're focusing their fire on Elizabeth Warren."