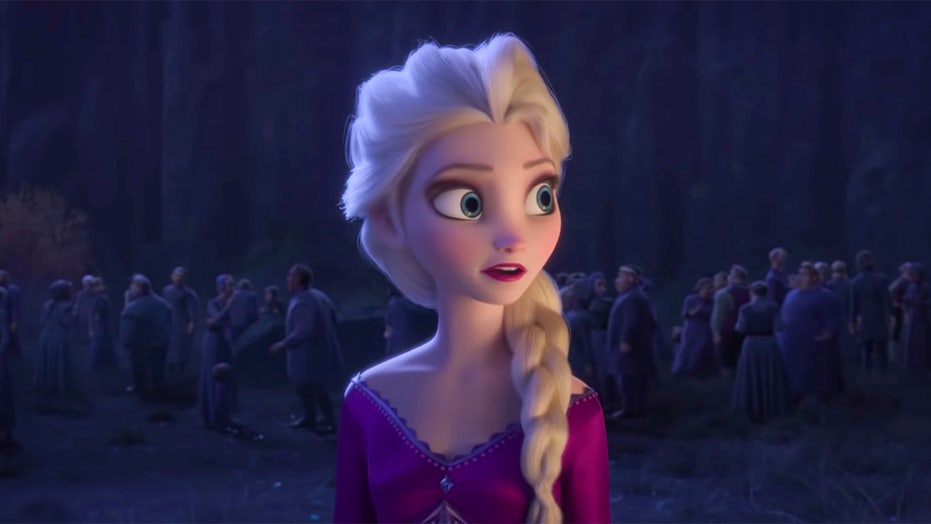 The cold never bothered her anyway ...

A Texas girl’s reenactment of the hit Disney movie "Frozen" has completely melted the hearts of the Internet.

When real-life snow hit the ground in the neighborhood of little Madelyn, she jumped at the chance to perform her favorite scene from "Frozen" when the lead character, Elsa, sings the hit theme song “Let It Go.”

When real-life snow hit the ground in the neighborhood of little Madelyn, she jumped at the chance to perform her favorite scene from Frozen when the lead character, Elsa, sings the hit theme song “Let It Go.”

MATERNITY LEAVE IS NOT A VACATION, MOM SAYS IN PASSIONATE LINKEDIN POST

In a Facebook video posted by Madelyn’s mother, Kristi Michele, the young "Frozen" fan is dressed in an Elsa costume – crown and all – as she gives the performance of a lifetime.

“Madelyn finally got some snow to do her scene,” Michele captioned along with the video.

After throwing her gloves to the ground in dramatic fashion, Madelyn completely lets it go and sings her little heart out as she struts around in the snow. She was a pro, to say the least.

Facebook users agreed too. The video has amassed 28 million views since it was uploaded on Wednesday and nearly 170,000 comments as of Friday evening.

“I’ve watched this like 10 times in the last 12 hours and I’m still not over her glove toss and little stomps,” another said.

Another Facebook user wrote, “This is the most precious thing I’ve seen on a while.”

“I only wish I could see her sing the whole song!” someone else commented.

Not everyone, however, had only nice things to say about Madelyn’s adorable performance.

Some commenters apparently decided to criticize Michele for allowing her young daughter to be out in the cold and snow.

The mom decided to hop in the comments section to thank those who showed love for her daughter but also address those who were a bit critical.

“Thanks for all the love for my sweet girl! I’m shocked there’s so many views!!” Michele wrote.

“And for all the negative ppl it was less than two min and she refused to ruin her costume with a jacket! I warmed my little angel up immediately after.. don’t worry lol”