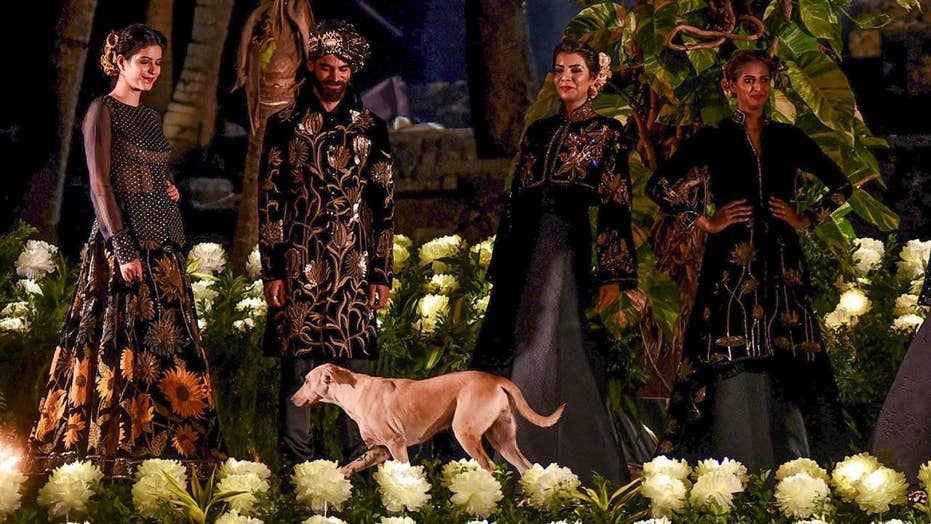 A stray dog crashed the runway at a Mumbai fashion show, the video goes viral on twitter.

Cats and dogs are reigning on the runway.

A stray dog made her modeling debut during designer Rohit Bal’s fashion show this week in Mumbai, India.

According to news agency ANI, the pup was later “shooed away” by the crew members.

Catwalk watchers will recall that a feisty feline pulled a similar stunt recently at the Esmod International Fashion Show in Istanbul, Turkey.