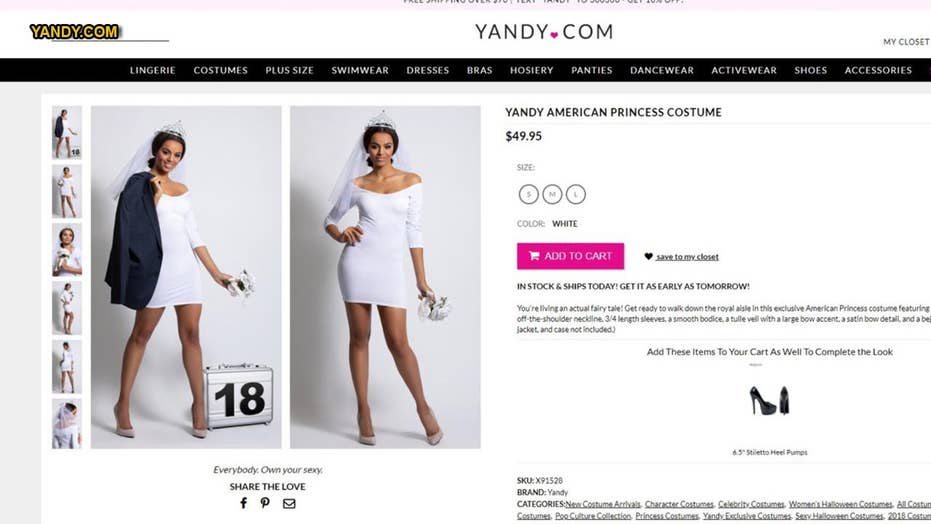 Nothing is sacred when it comes to Yandy’s Halloween costume collection, not even late children’s television hosts.

Yandy has released a sexy costume for women based on Fred Rogers, the host of popular PBS television series "Mr. Rogers." (Yandy)

The company known for its hyper-sexual – and controversial – costumes has released its newest offering, the “Nicest Neighbor” outfit, which appears to be a tighter and shorter female version of its Mr. Rogers-themed “Be My Neighbor” option.

The “Nicest Neighbor” comes with what looks like a variation on the late children’s television icon’s signature tie and sweater – though this one is cropped to show off the wearer’s midriff, and has a plunging neckline, which the tiny tie tucks into.

In addition to the snug zip-up sweater top is a pair of grey hot pants, which resemble a much, much shorter version of Mr. Fred Rogers’ grey dress pants.

The costume and lingerie online retailer has had “sexy” versions of celebrities in the past, including a Meghan Markle wedding costume and “sexy” “The Handmaid’s Tale” costume, which was eventually pulled due to backlash.