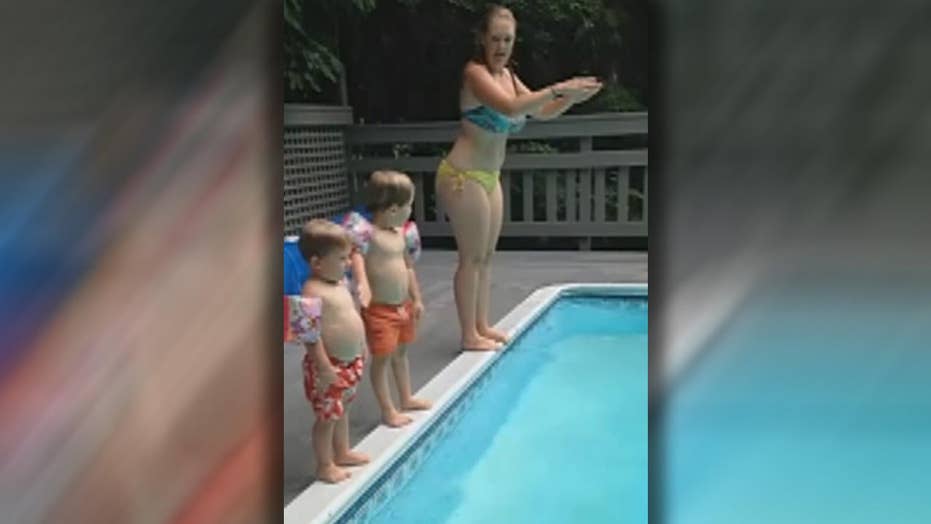 One North Carolina toddler’s fearless attempt at a dive into a backyard pool may have been a total flop, but the two-year-old’s hilarious belly flop has charmed the internet.

On July 15, Corina Casanova of Asheville shared a now-viral video to Facebook of herself and her two young sons practicing their forward dives into a pool. The three stand at the edge of the water, and Corina gives a count of “1, 2, 3” before gracefully leaping in with a forward dive.

Her older son follows with a semi-dive of his own, before someone in the background can be heard encouraging little Deacon with “Go ahead, Deac.”

VETERAN, 95, JUMPS OFF DIVING BOARD TO MOTIVATE SCARED BOY

Standing with his arms stiff at his sides, the tot proceeds to lean all the way forward into the water, resulting in an epic belly flop in.

“Oh s---“ an adult can be heard exclaiming the background. Nevertheless, Deacon was all smiles as he pulled his head above water and bobbed about, laughing.

In the days since, the 19-second clip has gone viral, with over 6.8 million views, 65,000 shares and 20,000 comments pouring in on the footage via Corina’s Facebook page

“I am crying laughing” another agreed

“Hi all and thank you! Totally unexpected. Our cutie pies just being themselves. Thanks for all the great comments!” the mom chimed in.