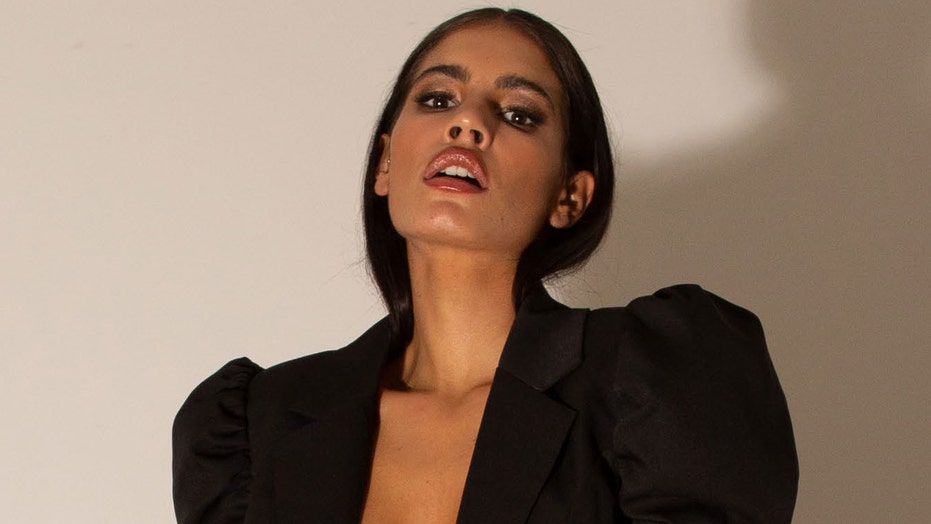 Fast Fashion: What to know

What is Fast Fashion? Here are a few facts you should know about this cheap, clothing trend.

The Advertising Standards Authority of the U.K. (ASA) is upholding a complaint against clothing retailer Missguided, regarding an ad ultimately deemed to be “presenting women as sexual objects.”

The complaint, originally filed in November 2019, stemmed from a Missguided advertisement posted at a U.K. train station, which pictured a model “leaning against a side table wearing an unbuttoned jacket with nothing underneath, sheer tights and high heels,” according to the ASA.

The Advertising Standards Authority of the U.K. (ASA) has upheld a complaint against clothing retailer Missguided, regarding an ad featuring a woman in a blazer and sheer tights. (SWNS)

The person(s) who filed the complaint had claimed the ad “overly sexualized” the woman in the poster, and ultimately “objectified women.”

Complainants also identified a second Missguided poster, featuring the same model in what’s described as a “pink mini dress,” although the ASA did not uphold complaints against that particular poster.

Missguided, which is based in the U.K., argued instead that both ads encouraged “female empowerment,” adding that the company presented them to “external media agencies” as part of its “stringent approval process.”

Complaints were also lodged against a second ad, featuring the same model in a pink mini dress, but the ASA deemed it "likely to be in keeping with how the dress would ordinarily be worn." (SWNS)

Global Outdoor, the media company that owns the outdoor advertising space where the poster would be displayed, had also approved the ads, according to Missguided.

Ultimately, the ASA found that the first ad – featuring the model in the unbuttoned blazer – was in breach of standards put forth by the ASA’s Committees of Advertising Practice (CAP).

“The model in [the ad] was wearing a blazer with nothing underneath, which exposed the side of her breast, and which was coupled with sheer tights, sheer gloves and underwear,” the ASA wrote in its ruling. “We considered she would be seen as being in a state of undress and that the focus was on her chest area and lower abdomen rather than the clothing being advertised."

The ASA further noted “that her head was tilted back, with her mouth slightly open, and her leg was bent and raised,” considering the pose to be too sexually suggestive.

“We considered that the sexually suggestive styling and pose would be seen as presenting women as sexual objects. Because the ad objectified women, we concluded that ad was likely to cause serious offense,” the ASA wrote.

However, the second ad, featuring the same model in a pink dress, was not considered to be offensive, as it “was likely to be in keeping with how the dress would ordinarily be worn,” according to the ASA.

In related headlines, the ASA recently came down on U.K.-based clothing retailer PrettyLittleThing in early February, ruling that one of its YouTube ads – in which a model was seen wearing “chaps-style knickers which revealed her buttocks” – was “overly sexualized.”