After tirelessly searching for “clean” alternatives and coming up short, the actress embarked on a 10-year breakup with perfume and began focusing her efforts on creating her own scents sans harmful toxins and chemicals. (AP)

It shouldn’t come as a surprise that actress Michelle Pfeiffer has very high standards when it comes to her beauty regime — I mean who can blame her when you have the most sought-after cheekbones in Hollywood?

The 60-year-old screen siren had a wake-up call following the birth of her two children, with Hollywood writer-producer David E. Kelley (“Big Little Lies”), and decided to take a closer look at the ingredients in the cosmetic and personal care products that she and her family used on the daily. The actress then came across the Environmental Working Group’s Skin Deep database, a website with extensive online profiles for cosmetics and personal care products and their potential hazards.

The website became Pfeiffer’s go-to for vetting her products, and it was through her research the actress noticed there was a huge void in the market of safe non-toxic fragrance options.

“I went down the rabbit hole and when deep diving into different fragrances, the EWG would always flag them a very high hazard,” Pfeiffer tells Vogue.

After tirelessly searching for “clean” alternatives and coming up short, the actress embarked on a 10-year breakup with perfume and began focusing her efforts on creating her own scents sans harmful toxins and chemicals.

The “Batman Returns” star was forced to shelve the idea for a few years, but eventually found the perfect partner in International Flavors & Fragrances. Putting an end to her 10-year ban, the newly unveiled line Henry Rose, is the first fully transparent offering of fine fragrances with all of its ingredients thoroughly vetted and verified by the EWG. 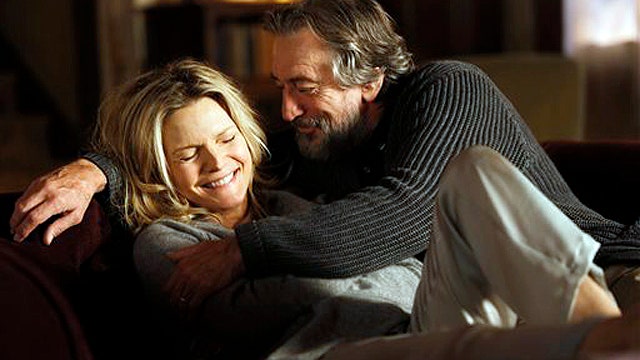 The “safe and sustainable” collection features five unisex scents that are largely inspired by Pfeiffer’s family.

First and foremost, the line is named after her children’s middle monikers: Henry and Rose. Other personal touches include the line’s signatures: Fog is inspired by San Francisco, the Oscar and Emmy nominee’s favorite summer spot. Nostalgic childhood memories infuse Jake’s House, inspired by the great outdoors of her grandparent’s North Carolina home, and Torn, crafted from the olfactory memories of her father’s Old Spice cologne.

Shoppers looking to buy up one of all five of these fragrant finds — priced at $120 — can head to the brand’s website.