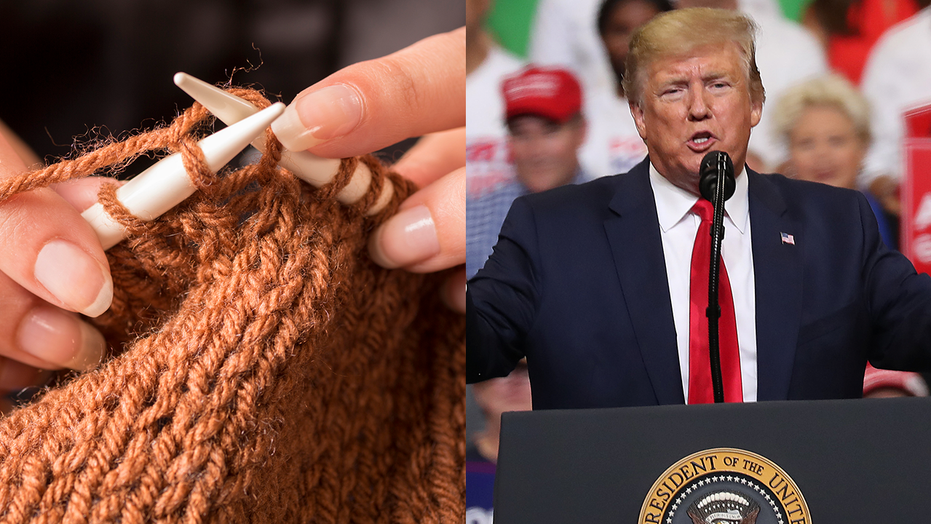 Ravelry, a popular social media platform for knitters and crafters, says it will be banning project ideas, patterns and forum posts that express support for President Trump and the Trump administration, while likening such support to “open white supremacy.”

“We cannot provide a space that is inclusive of all and also allow support for open white supremacy,” reads a message posted to the knitting community’s website. “Support of the Trump administration is undeniably support for white supremacy.”

The lengthy announcement, posted on Sunday, confirmed that support of the Trump administration – in the form of “forum posts, projects, patterns, profiles, and all other content" – would be removed from the site. However, Ravelry promised not to outright delete project data that violated this policy, and promised that users would still be able to access their own project data that had been removed from the site.

“If you are permanently banned from Ravelry, you will still be able to access any patterns that you purchased,” Ravelry added.

Ravelry said it was "not banning conservative politics," but rather projects or posts that expressed support for Donald Trump or the Trump Administration. (Joe Raedle/Getty Images)

Ravelry also said Trump supporters would not be prohibited from using the platform, only that they shout not “talk about it here.”

“We are definitely not banning conservative politics. Hate groups and intolerance are different from other types of political positions,” the post reads.

The site assured that users would not be banned for “past support,” adding that only pro-Trump forum posts shared after June 23 were eligible for removal. Ravelry, too, warned other users against “antagonizing” Trump supporters amid the implementation of the new policy.

The site’s decision has received a mixed response on Twitter, where Ravelry boasts more than 118,000 followers.

A representative for Ravelry was not immediately available to confirm the reason for the site’s new policy, although Sunday’s post claims much of the policy “was first written by a roleplaying game site” called RPG.net.

“We thank them for their thoughtful work,” Ravelry wrote.

Ravelry, which was founded in 2007, was designed as a place for “knitters, crocheters, designers, spinners, weavers and dyers” to come together to share projects ideas and patterns with one another, according to the site. Ravelry had also grown to facilitate business transactions between users. The platform currently boasts more than 8 million subscribers, according to Business Insider.