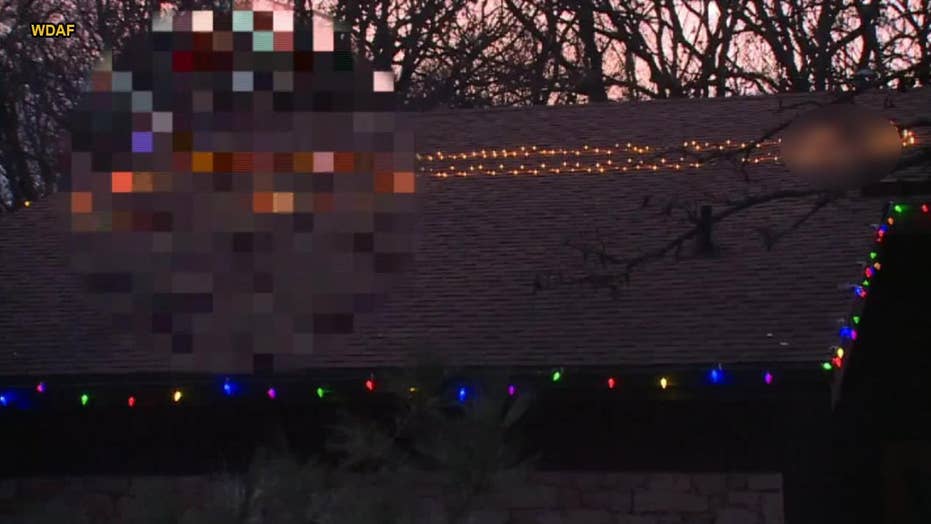 Neighbors believe a Kansas woman's giant, sexually explicit Christmas light display is 'not appropriate' for the neighborhood. Whispering Hills residents were originally amused by the phallic ornamentation but say the joke wore out 'pretty quick.'

This isn’t what “getting into the Christmas spirit” means.

Some residents in a Kansas town were not amused by one of their neighbor’s Christmas decorations. Apparently, seeing a giant, sexually explicit light display doesn’t make everyone feel jolly.

While some neighbors agreed that it was funny, they also said that the joke wore out "pretty quickly." (Fox 4 KC)

Residents in Whispering Hills were originally amused by the explicit display, but some say that the joke wore out “pretty quick,” Fox 4 reported.

According to the woman who hung the lights, she was just trying to make people laugh.

Last week, Shelby Lynn Gash shared images of the display on her Facebook page, with the caption: “Sorry neighbors… I felt the need to make a giant d--- on the roof, ‘tis the season.”

"Well it's certainly a statement," neighbor Marcelo Vergara told Fox 4. "I don’t know to what, but probably not appropriate for the neighborhood."

While Vergara's wife admitted that she thought it was funny at first, Vergara himself was less amused.

“It's a joke that wears out pretty quick," Vergara said.

"Yeah, and I don't think it's appropriate for little kids," his wife Christi added.

According to Gash, however, most people seem to get the joke.

"People think it's hilarious," Shelby told Fox 4. "People are stopping in the middle of the night taking photos and laughing. People think it's so much fun. I think there's a lot more laughter than it's bringing out anything uncomfortable."

The display stayed up for four nights before Gash voluntarily took it down after hearing that the display might upset neighbors with small children. Though this may mean it’ll be harder for Santa to tell which house is hers on Christmas.