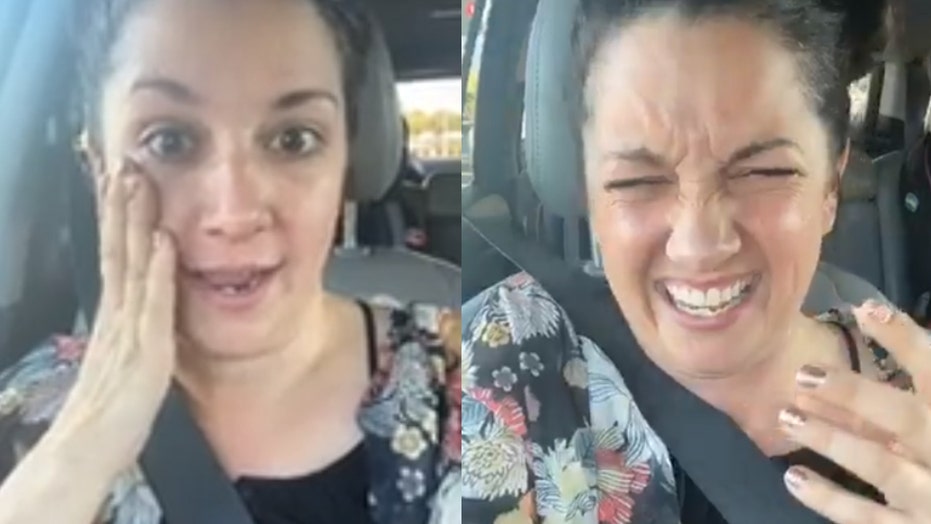 A Florida woman's video attempting to recount an “embarrassing” encounter at a Wawa gas station while trying to spread some Christmas cheer has gone viral — because she could barely get through it without laughing.

Mary Katherine Backstrom of Fort Myers took to Facebook on Friday and posted a video she recorded in her car. But what was supposed to be a narration of what happened at the gas station turned into a five-minute video of hilarity.

“Y’all are going to die. I just stopped crying,” Backstrom said in the beginning of the video. “I’m laughing so hard; I’m trying not to start back up again.”

She then proceeds to tell her story about feeling the “holiday magic,” so much so that she decided to buy a woman’s ginger ale who was on line behind her.

“I’m feeling the holiday magic,” Backstrom told the woman before purchasing the drink. “It was a precious moment.”

Backstrom then walked back outside to her car where she said she saw a man cleaning her windshield. As she tells her Facebook friends the story, however, Backstrom is fighting back tears of laughter.

“I’m convinced this is the Christmas magic,” she said of the man cleaning her windshield just moments after doing a good deed in the name of Christmas.

“I just love this time of year,” Backstrom said she thought to herself before she walked over to the man.

“This is my favorite part of humanity. I love Christmas so much. Thank you for doing this,” she said to the man, before giving him a hug of gratitude.

“This is my favorite part of humanity. I love Christmas so much. Thank you for doing this,” a Florida woman said to a stranger who was cleaning her car windshield, before giving him a hug. (Photo: iStock)

As it turns out, the reason Backstrom found the encounter so funny was that she soon realized he wasn’t cleaning her windshield after all — he was cleaning his own.

“It wasn’t my car,” she said, barely holding back her giggles. “He was parked directly in front of me.”

“He didn’t know why I was hugging him,” said Backstrom, who eventually got in her car and drove off without explanation. “I think he thought I was insane.”

Backstrom acknowledged that the moment was rather awkward, but she took in it all in fun.

CALIFORNIA WAITRESS GETS $1,000 TIP AFTER RESTAURANT WAS CLOSED FOR A WEEK

“I had to share this with y’all because I’m out here hugging strangers at the gas station because the magic of Christmas,” she said in tears of laughter.

Backstrom’s video post was a hit online, garnering more than 40 million views and 78,000 likes as of Tuesday night.

“Omg! No way! This has to be one of the funniest things I have ever heard! Maybe he needed the hug! Lol” a Facebook user commented.

“Her unbridled laughter is so sweet and contagious,” another wrote. “The magic of Christmas is in your warm smile and burst of laughter. Merry Christmas!”