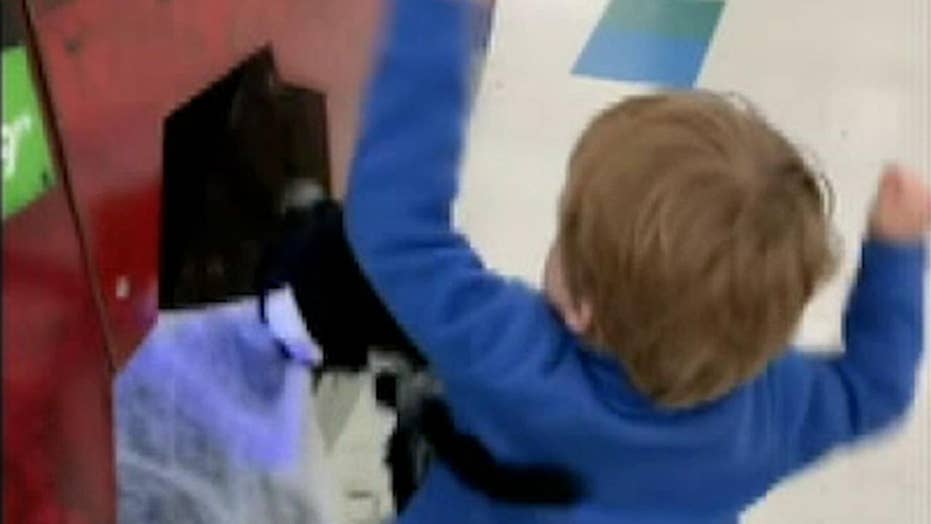 Raw video: Toddler gets into fight with Halloween decoration

A father records his son who, after being startled by a giant spider Halloween prop, proceeds to kick and punch it.

An uncompromisingly masculine 3-year-old in Michigan may have a future as a title boxing champ after a clip of him relentlessly punching a Halloween decoration has gone viral.

Frank McCormick shared video on Facebook of his savage son Charlie, who got spooked by a leaping animatronic spider at a store.

"Charlie's from the streets, apparently," the dad captioned the clip of his son on Sunday, as Fox 23 reported.

In the clip, which has been taken down from Facebook but is still making the rounds on Twitter, Charlie immediately started swinging and punching at the spider after it "jumped" at him.

"I want to hit him!" Charlie bellowed as he began walloping the Halloween decoration, Fox 23 reported, adding that the Facebook post was viewed more than 20 million times by Tuesday morning before being taken down.

Only time will tell what the baby brawler grows up to be, but he already has many fans around the globe after his moves knocked out the Internet.

“I salute this young warrior. He's more courageous and assertive than many men 10x his age,” one fan tweeted when sharing the video, which had 9.5 million views on the platform.