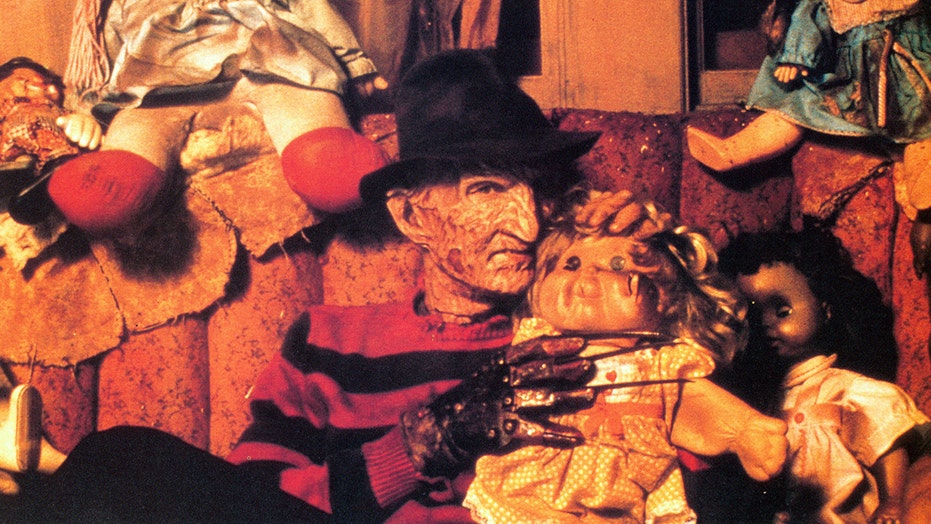 The filmmaker and cast of the new horror film 'Host' didn't let the coronavirus pandemic stop them from making their movie.

The brand’s upcoming Air Max 95 release is believed to be inspired by the “Nightmare on Elm Street” film series — and specifically the look of iconic horror villain Freddy Krueger.

Leaked product shots obtained by HighSnobriety allegedly show the shoes decked out in the familiar colors of Krueger’s ratty red and brownish-green sweater, complete with blood-red urethane pouches in the sole. The logo on the heel, as well as parts of the lacing, also appear to be splattered with droplets of “blood.”

As creepy as this is, it’s not the first time Nike and Freddy Krueger have crossed their blood-soaked paths. The sneaker giant previously produced samples of a Nike SB Dunk Low “Freddy” shoe with “blood-splattered suede, striped sweater and burned up flesh insole art,” per a description from Nike. The sneakers, however, were never officially released, HighSnobriety reported.

However, inspired by the Dunk Lows, sneaker customizer and “Shoe Surgeon” Dominic Ciambrone created a limited-edition, high-top version in 2019, featuring mostly the same colorway, The Source reported at the time.

The new Air Max 95 design is expected to be released sometime this fall, HighSnobiety reported.