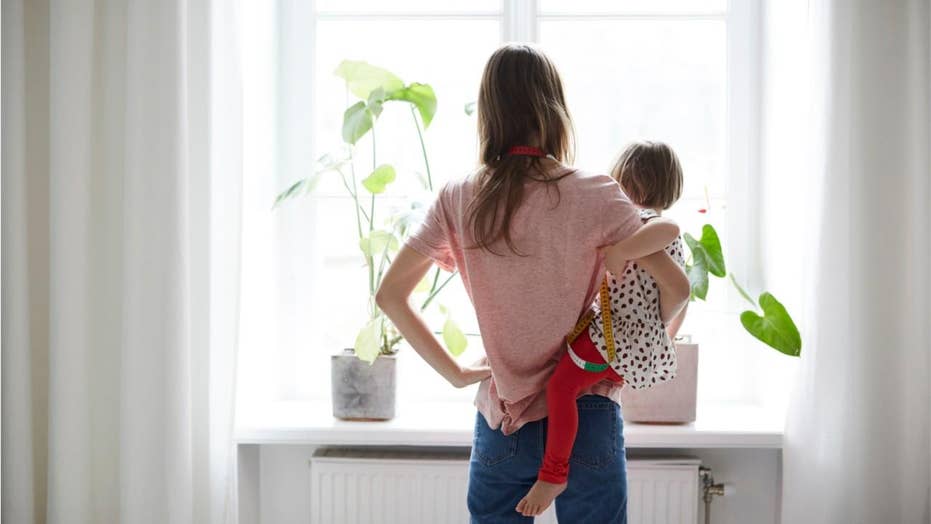 A dad’s post about his wife’s sacrifice as a stay-at-home mom has gone viral, sparking a debate online about the value of motherhood.

In a re-post by the Facebook page His View From Home, a husband shared a photo of a shower door and a lengthy message about his wife and how hard she works for their family.

“This morning I came home from the gym and turned the shower on to get cleaned up for work. I turned to the door and saw where my wife wiped away the steam from the glass, so she could see our baby girl in the bassinet,” wrote the man, identified as Zack Williams.

“I literally just sat there and stared at the glass and smiled. I could see it, I imagined it, it was like I was there in the room with them. I could see Heather just looking through the glass and making faces at Lottie as she smiled and played in her bassinet! I just melted!

“It’s so crazy to me, how the smallest things can make me so appreciative of my wife. It’s the little sacrifices my wife makes for this family, that would normally go unnoticed,” he added.

Williams went on to acknowledge that he works hard, anywhere from 10 to 12-hour shifts, and as the “working member of the household,” he could easily demand that he be catered to by his wife.

“All she does is have to take care of a baby,” he wrote, seemingly in jest.

A dad’s post about his wife’s sacrifice as a stay-at-home mom has gone viral, sparking a debate online about the value of motherhood. (Photo: iStock)

Instead, he said, the fogged-up shower glass reminded him of just how dedicated his wife is.

“The fact that my wife can’t even shower without caring for someone else; tending to someone else’s needs. She doesn’t get a second to herself to relax,” he wrote.

“This may be just a fogged-up piece of glass to some, but to me it means so much more. It’s the little things like this that don’t go unnoticed.”

Williams’ tribute to his stay-at-home wife sparked thousands of comments on the re-shared post, mostly from women who praised him for his devotion.

“If anyone ever wrote something so beautiful for me my heart would stop. Feeling under appreciated can weigh heavy on the soul,” one Facebook commenter wrote.

Another person wrote, “Beautifully said. You both are very fortunate. She’s able to be a stay home Mom and has a man who appreciates all she does.”

But not everyone was moved by Williams’ appreciation post to his wife.

“Your wife gets to stay home and raise your children. She gets to be financially taken care of. She gets to make play dates and visits with her friends. She probably has a car that's paid for and groceries pd [sic] for also,” one woman named Susanne said.

“She gets to relax when the child is sleeping and when she needs a shower or has to clean the house......she gets to put the baby in a safe playpen or highchair. She's lucky.”