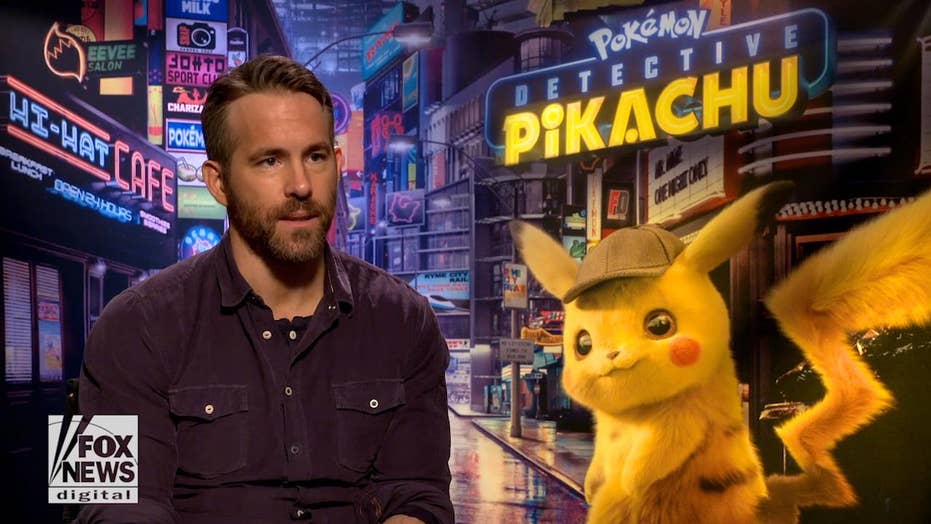 Ryan Reynolds not only has a new live-action movie coming out, 'Pokémon: Detective Pikachu,' but he's also going to be a dad again for the third time.

She nailed it! A beaming Blake Lively surprised fans when she revealed her pregnancy on the red carpet during Thursday’s premiere of “Detective Pikachu” with husband Ryan Reynolds – and style critics have since noticed that she gave her partner a special shoutout with her manicure as well.

All smiles in a shimmering yellow dress, the 31-year-old actress complemented the number with a yellow mani expertly decorated with Pikachu decals and Poké Balls.

BLAKE LIVELY ADMITS TO PASSING OFF FOREVER 21 OUTFITS AS 'VINTAGE'

Lively’s manicurist has since revealed that the sweet detail – certainly a nod to Reynolds’ portrayal of the yellow animated character – was a spontaneous idea from the style star herself.

"We made these decals, which were custom-made, laser-printed waterslide decals from the actual film," celebrity nail artist Elle told Refinery29. "But the Poké Ball was actually hand-drawn.”

“That was Blake's last-minute idea, and we garnished it with a Swarovski crystal in the center,” she added.

On May 3, Reynolds told Fox News that he and his wife are thrilled to be expecting their third child. The couple – who married in 2012 – are parents to two daughters: James, 4, and Inez, 2.