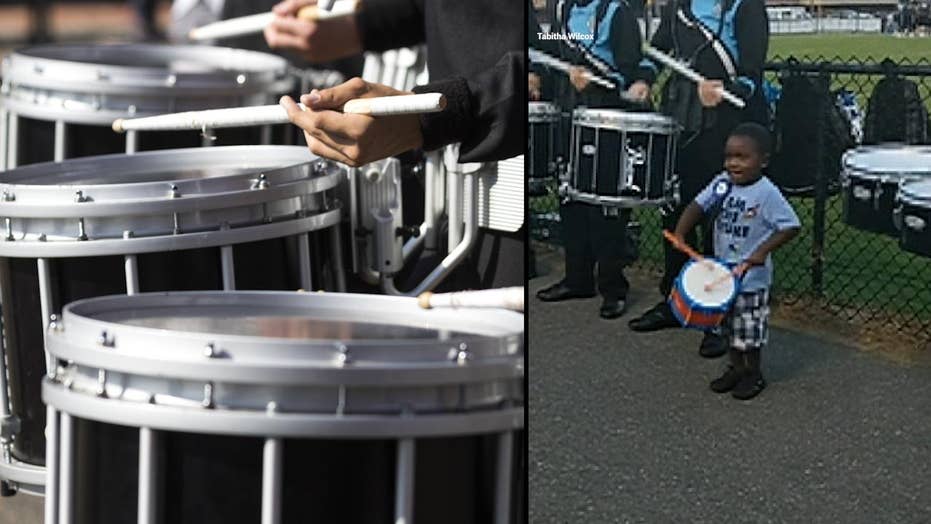 A 4-year-old Georgia boy has gone viral after being invited to perform alongside a junior high school drumline on his birthday.

A 4-year-old boy has gone viral for his enthusiastic drumming.

Georgia mom Tabitha Wilcox took her son Seneca – and his toy drumset – to a football game at Telfair County Middle School for his birthday, Fox 35 reports. While in the stands, Seneca was having fun playing along with the drumline.

Soon after the little boy started playing, he was invited down to join the drumline and show off his excited percussion skills.

In the video, which has garnered over 5 million views since Tabitha posted it to her Facebook last week, tiny Seneca is seen standing at the end of the drumline tapping his sticks right along with the junior high drummers. Seneca also appears to be looking at his fellow performers, trying to stay in sync with everyone else.

The heart-melting video also garnered many comments, some of which called Seneca’s performance “too cute.”

“Love this!” one person wrote.

“Aww! Too cute!” another posted.

Tabitha captioned the video with birthday wishes for her little boy.

“I tell you this little guy here makes my heart smile,” she wrote.