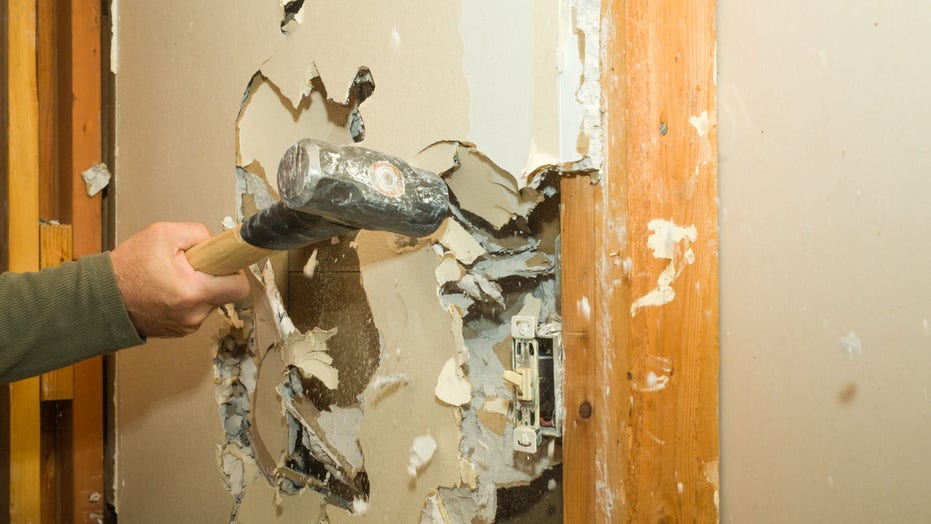 You never know what you’re going to find when you open up a wall.

A builder was surprised to find several notes hidden behind a wall while working on a renovation on a house in England. The messages had apparently been hidden in the wall over 30 years ago.

During a renovation, builder Darren Cross found notes left by the house's former residents in 1987. (iStock)

Kimberely Colbeck and her two older brothers, Andrew and Christopher, wrote the notes all the way back in 1987, Leeds Live reports. The notes were reportedly placed behind the wall while their uncle was working on the kitchen.

Builder Darren Cross recently found the notes and posted about the find on Facebook. When Kimberely found out about the post, she couldn’t believe it. The notes contained the children’s names, the dates they were written and other personal information (Andrew was apparently a scout).

“I cried when I first saw the note,” she told Leeds Live. “My older brother Andrew sadly passed away two years ago. It was really emotional to see his writing.”

She explained, “I was talking to my cousin about it and that house holds such big memories of when we were younger. That house was a massive part of my life. Hopefully, I can show my dad, who actually placed the notes for us when we were kids. He is currently suffering with dementia. It would be nice to see if he recognizes it.”

It turns out, the notes may have been found at the perfect time.

"At the beginning of the lockdown my dad contracted coronavirus, we had a full week of end of life discussions,” Kimberely said. “He pulled through, I went to the hospital and he was dancing with the nurses, and he is now back at the home. We haven’t seen him since early March. I'm so pleased I can get something from my childhood and I'm now thinking of creating a time capsule with my own daughter.”