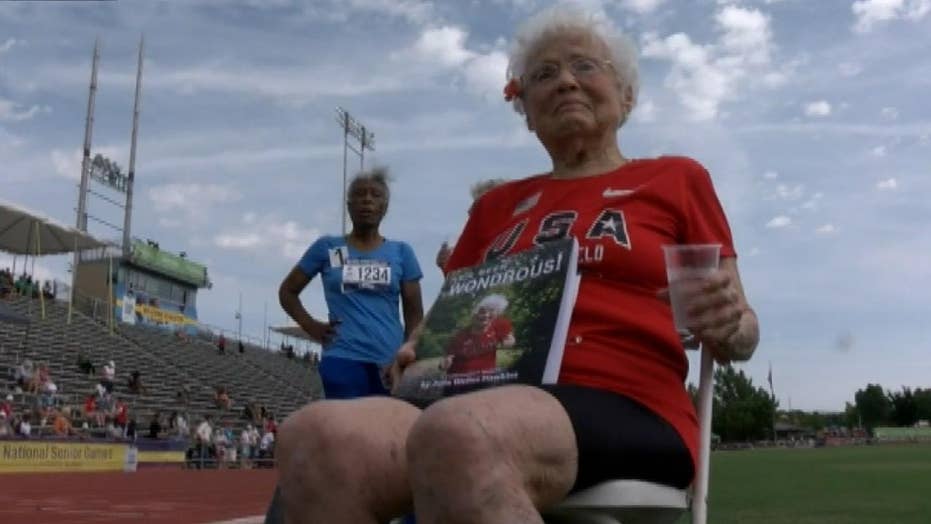 Julia 'Hurricane' Hawkins sets a new Senior Games record for the 50-meter dash in the Women's 100-plus division.

An active centenarian has picked up the gold at the Senior Games for multiple events this week.

Julia “Hurricane” Hawkins of Baton Rouge, La., was competing in the games’ women’s 100 plus division in Albuquerque, N.M., when she completed the 50-meter dash Monday, and reportedly set a new record.

Though this year, Hawkins competed and completed the 100-meter dash in a little over 46 seconds — winning her division, but not beating her record.

Hawkins, who didn’t start running until age 101, said she prefers training outside in her garden in Louisiana.

“I have an acre of land and I have 50 kinds of trees, and I’m working on them all the time,” Hawkins said to KRQE.

More than just a record holder, Hawkins wants to be an inspiration to other people her age.

“I hope I’m inspiring them to be healthy and to realize you can still be doing it at this kind of an age,” Hawkins said.