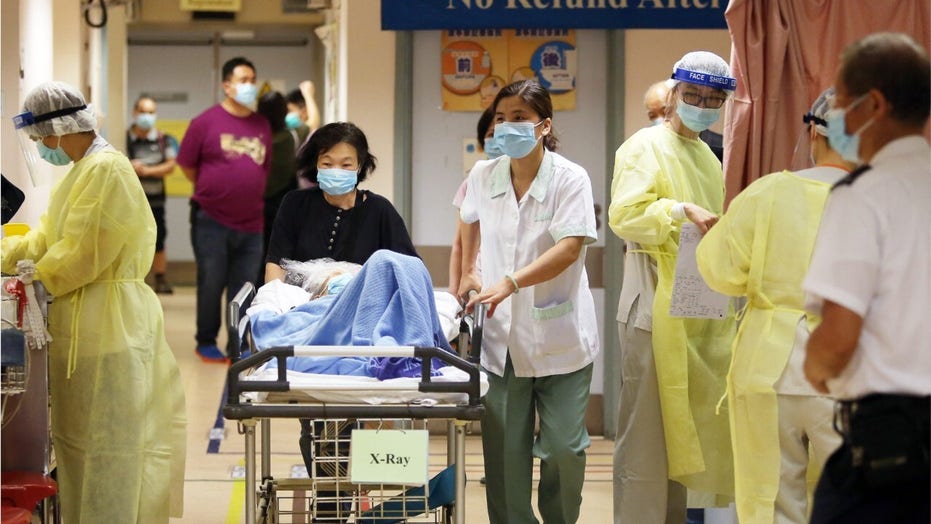 The mother of the doctor in China who was allegedly detained for warning others about the coronavirus before contracting the illness and dying last week demanded an explanation on Sunday from police about his treatment.

Li Wenliang, 34, died Thursday at Wuhan Central Hospital, where he worked and likely contracted the virus while treating patients in the early days of the outbreak.

In a video distributed Sunday by Pear Video, an online broadcast platform, Li's mother Lu Shuyun said her son was "summoned by the Wuhan Police Bureau" and forced to sign an "admonishment notice" for allegedly spreading inaccurate information about the outbreak.

"We won’t give up if they don’t give us an explanation," she said.

Li, who according to the BBC was an ophthalmologist at Wuhan Central Hospital, had claimed that in late December he shared his concerns about the illness via private chat with medical school graduates after several patients exhibited symptoms similar to SARS before he was visited and warned by authorities.

Li Wenliang had claimed that he shared his concerns about the virus in a private chat with other medical students before he was detained by authorities.

He was then summoned to the Public Security Bureau where he was forced to sign a letter stating that he made false comments about the virus, the BBC reported.

Police in December had reprimanded eight doctors including Li for warning friends on social media about the emerging threat. China's supreme court later criticized the police, but the ruling Communist Party has tightened its grip on information about the outbreak.

Shortly after Li had his encounter with police, he began coughing and developed a fever that landed him in the hospital for several days. On Jan. 30, he tested positive for the virus.

In the video released on Sunday, Li's mother said she and her husband would continue to support their son's actions, according to the South China Morning Post.

“We of course would let him go back to the front line, that was his wish and the family must support it since Wuhan’s outbreak was devastating and he was a doctor,” she said.

The video released Sunday shows flowers in her home with a note that says, “Hero is immortal. Thank you.”

Coronavirus deaths rise up to 811 after 89 deaths were reported in a span of 24 hours, over 37,000 coronavirus cases are known worldwide.

In the wake of Li's death, public anger continues to simmer in China over the authorities' treatment of the young doctor.

Users of China's Weibo microblogging service have left hundreds of thousands of messages mourning Li's death and criticizing the authorities over their treatment of him and other whistleblowers.

Following the criticism, the government announced a team from Beijing would be sent to Wuhan to investigate “issues reported by the masses involving Dr. Li Wenliang.

Fox News' Alexandria Hein and the Associated Press contributed to this report.