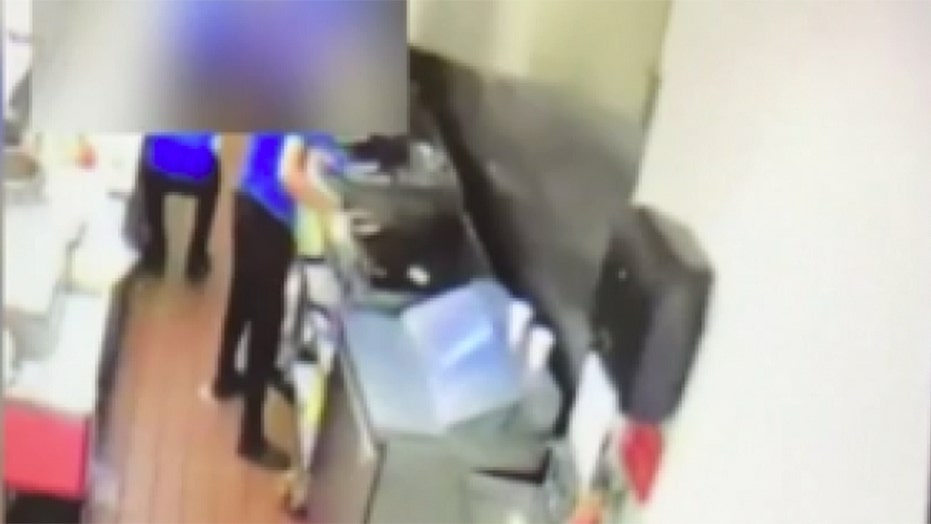 Three Florida teenagers have been arrested on felony charges for allegedly spitting in two on-duty deputies’ food while preparing the meals in the back.

The incident occurred at an Okeechobee Highway 55 restaurant on April 27. The police had stopped by the diner for dinner, according to a press release by the Okeechobee County Sheriff’s Office.

According to the release, an anonymous person notified the owners of the restaurant of the food tampering after the incident occurred. The owners checked surveillance footage of the kitchen and saw the three employees spitting in the deputies’ meals.

All three employees were reportedly fired immediately. The Sheriff’s Office was contacted about the contamination.

The three teenagers were caught on surveillance video spitting in the food before delivering it to the officers. (Okeechobee City Police Department)

The high school students, ages 16, 17, and 17, were then arrested by the Okeechobee County Sheriff’s Office and each charged with felony food tampering and felony battery on a law enforcement officer.

“There is no excuse for actions such as this and will not be tolerated,” Sheriff Noel E. Stephen stated in the press release.

The three are currently being held at the Department of Juvenile Justice.

The owners of Highway 55 have been cooperating during the investigation. Treatment was not required for the officers after consuming the tampered food.