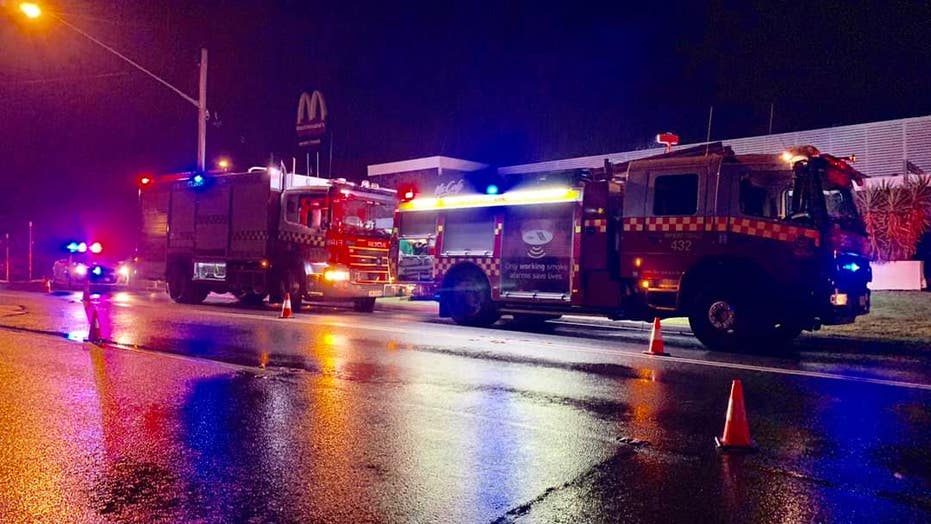 That’s not how drive-thrus work.

A 72-year-old woman crashed her yellow Honda Jazz into the wall of a McDonald’s drive-thru on Sunday evening in Australia.

'HAMBURGLAR' STEALS THOUSANDS OF DOLLARS OF FOOD THROUGH MCDONALD'S APP

The New South Wales woman reportedly drove through the wall of the fast-food chain around 7 p.m., after having been in a collision with another car on a street adjacent to the McDonald’s. According to the Port Stephens Examiner, the Honda Jazz mounted a curb after the initial accident and the woman accidentally accelerated into the wall instead of hitting the brake.

Fortunately, no one was injured at the scene. Two employees were reportedly working in the kitchen at the time, but were able to escape unharmed.

In photos taken at the scene, the front of the car up to the front wheels was driven inside the store. The kitchen suffered damage, as equipment and machines were knocked over. Some other items were also scattered on the floor as a result from the impact.

The restaurant’s drive-thru was closed during an initial investigation. It has since been reopened, according to reports. (Raymond Terrace Fire and Rescue Facebook)

Neither of the two involved in the car accident tested positive for drugs or alcohol.

The restaurant’s drive-thru was closed during an initial investigation. It has since been reopened, according to reports.