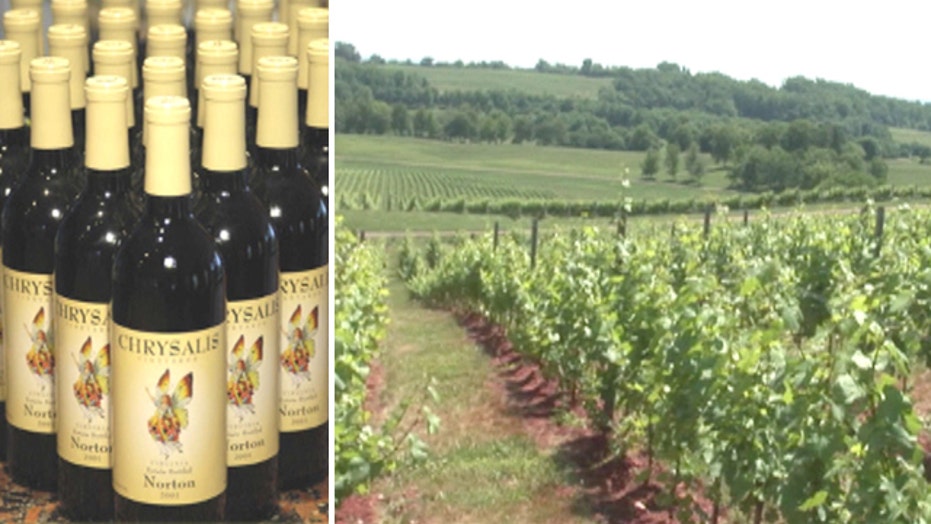 Richard Lewis, from Virginia Tourism Corporation, talks about what's coming out of the best of the state's wineries.

In the world of wine, when someone mentions piedmont, you think Piedmont, Italy – home of the great Barolo wine.

But according to Richard Lewis, public relations director for the Virginia Tourism Corporation, the Piedmont, a fertile region at the base of the Blue Ridge Mountains running north to south, is growing into a wine region that's beginning to measure up to some of Europe’s greats.

Virginia may not come to mind when rattling off the nation's largest wine regions, but it's actually the fifth largest wine grape producer in the country.

Lewis explains that both the climate and proximity to the mountains and water allow for grapes of many varieties to thrive.  Maturing for around 30 years, the grapevines are starting to produce some award winning fruit.

Lewis brought along several bottles of wine, one in particular from Chrysalis Vineyards made from the Norton Grape. This unheard of varietal was developed in the 1820s in Virginia and is a hearty red wine with a great fruity flavor. The grape is fairly resistant to disease and flourishes in the region. We were told to keep our eyes out for this one, as it will become more and more popular as time goes on.

He also brought along other common varietals that grow globally: The Virginia Viogner Reserve from Barboursville Vineyards, the Cabernet Franc from Jefferson Vineyards, and a blend of Cabernet Sauvignon, Merlot and Petit Verdot (sounds a  lot like a blend from Bordeaux France) from Boxwood Estate.

Want to taste some of these?  The inaugural Virginia Wine and Oyster Classic on Nov. 2 will bring together 15 award-winning chefs who will be preparing oyster dishes and serving Virginia’s medal-winning wines.

If you can't make it to that, check out Virginia’s vineyards. If you live on the East Coast, it's a lot closer than Napa or Sonoma to get to, and easier if you want to bring back a case or two.