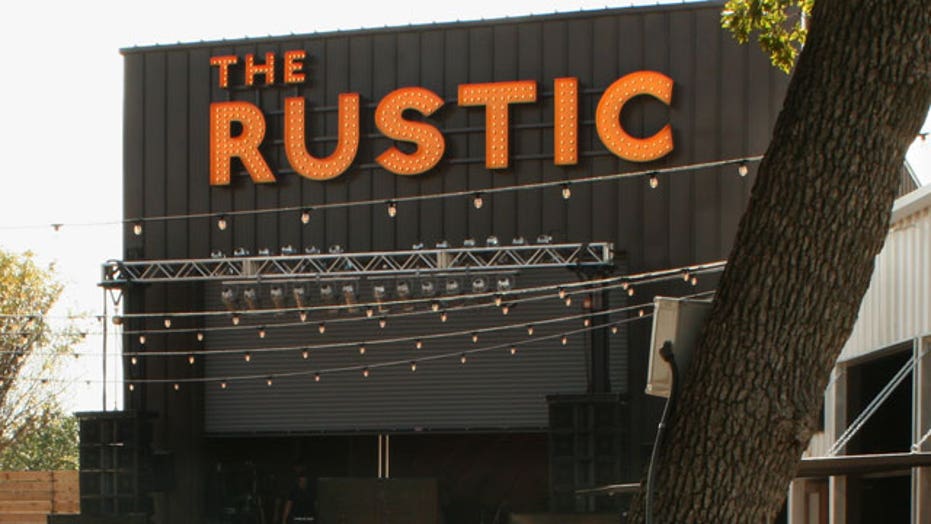 Rustic charm in the city

Tens of thousands of basketball fans have descended on Dallas this weekend for the Final Four. And it's a safe bet that many of them will head over to Grammy-nominated country singer Pat Green's The Rustic – a short drive from AT&T Stadium, where the NCAA men’s basketball championship game will be held.

Thankfully, the 2 1/2-acre restaurant and music venue isn't in a remote part of Texas. It's actually in the middle of Uptown, one of Dallas' busiest neighborhoods.

Green and Free Range Concept partners Josh Sepkowitz and Kyle Noonan dreamed up the idea around the campfire.

"We had some cold beers and we were grilling out over this open flame and we had this aha! kind of moment,” co-owner Noonan says. “And we said, everybody loves this experience. I think everybody can relate to a campfire-cookout-under-the-stars story, and we thought, couldn't we recreate that in an urban setting or something somewhere?”

The trio spent about a year to put it together, from scouting locations to building the perfect ... well ... "Rustic" atmosphere – complete with an American flag made out of beer cans (they offer nearly 40 Texas craft beers on tap).

The outdoor patio boasts of trees and live music under the stars, and the lineup includes Green. "When he comes here and plays, people talk about it for weeks afterwards,” Noonan said. “It's so cool. It's such a neat experience to see him live. It's a blessing to have him a part of The Rustic."

And, of course, there's the food – a perfect menu dotted with Texas comfort dishes. There's quail, cactus, steak, burgers, even wild boar meatballs, and they’re all locally sourced in the Lone Star State. Noonan wouldn't have it any other way.

"It's a healthier way to eat, but at the end of the day, it's a better tasting product. When you get something that came a few miles from you as opposed to a few thousand miles from you – it's just going to taste better."

The 7-month-old restaurant was a hit the minute they opened the doors. More than three thousand people showed up on the first night, and Noonan admits even he was surprised.

"The old adage, ‘Be careful what you wish for,’ really became true for us,” he said. “We felt like we got hit by a hurricane. There's just no way to really prepare for that. But we've got our sea legs now."

Yes, they do. The Rustic has just been named the highest grossing restaurant/bar in Texas. "It really is a proud thing for us and the staff, and it shows that your hard work can pay off."

Noonan says there are plans to expand. They're hoping to open The Rustic in Houston and San Antonio in the next 18 months. Sepkowitz and Noonan also are the team behind Dallas' Bowl and Barrel and the popular Mutt's Canine Cantina, the outdoor burger bar and dog park next door to The Rustic.

Not bad for two guys who met in college and started their business a little over a year ago. And then to convince one of the most successful country singers in Texas to open a restaurant? Pretty impressive for such a young company.