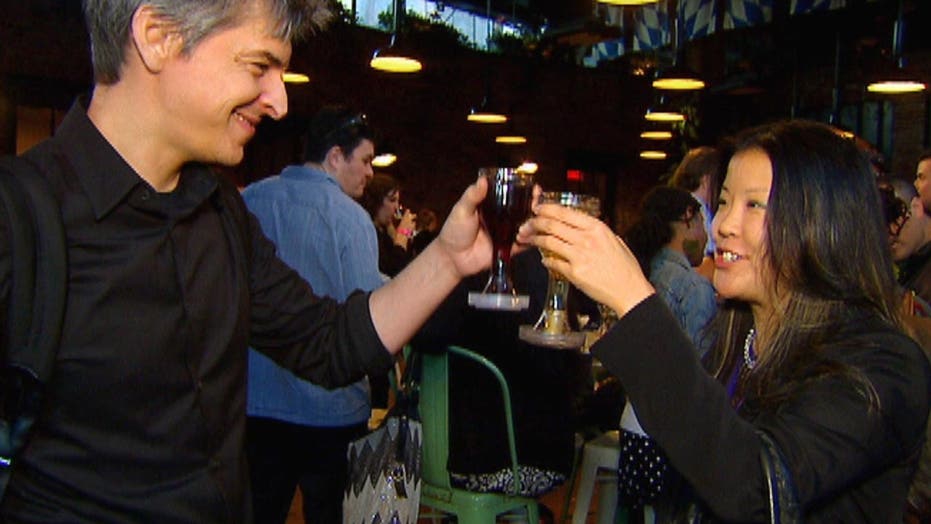 Famous for its authentic barbecue, football fanaticism and the historic Alamo, Texas has a lesser-known, homegrown pride and joy: wine.

In fact, the second largest state is also the second-fastest-growing wine tourism destination in the United States, after Napa Valley.

But on Monday, a controversial wine bill was proposed by state representative Jason Isaac and state senator Dawn Buckingham with the aim of discontinuing the use of California grapes in "Texan" labeled wine—a change some producers worry will increase costs.

Award-winning Texas wines, including those from the Texas Hill Country wine region, which begins just north of Austin and continues south to San Antonio, have been able to boost bragging rights among locals who have long known Texas to be a diverse culinary destination.

“We are 100 percent in favor of origin authenticity and representing wine as to where it comes from,” Anthony Harvell, Director of Sales and Operations at William Chris Vineyards in Hye, Texas, tells Fox News. “We have great fruit—every vintage is 100 percent from Texas.”

WHY MILLENNIALS CAN'T GET ENOUGH WINE

But not everyone is in favor of the proposed bill. At the moment, to be labeled a Texan wine requires using only 75 percent Texas-grown grapes; the remaining 25 percent can come from grapes, concentrate or wine from outside Texas-- often from California. This follows the federal regulation that most states adhere to--excluding California, Oregon, New York and Washington, top U.S. wine-producing states that have stricter state-grown grapes requirements for labeling purposes.

“This is the system in the U.S. and most countries have a similar system,” Pat Prendergast, owner and president of Ste. Genevieve Winery and Mesa Vineyards, located in West Texas, tells Fox News. “We should not reduce the tools winemakers have to make better wines.”

SHOULD WINEMAKERS BE REQUIRED TO LIST THE INGREDIENTS IN WINE?

“It gives more flexibility to winemakers to overcome challenges and make better wines when a harvest of a varietal, of a vintage year, of an American Viticultural Area is not ideal,” he tells Fox News, pointing out environmental problems like late spring freeze, hail or drought conditions. As the owner of the largest winery and vineyard in Texas for the last 15 years, Prendergast has faced complications 11 of those years.

“We in Texas…have not shown we can produce enough grapes for demand in total and certainly not grapes of enough quality consistently,” he adds.

Mark Hyman, president of Llano Estacado Winery in West Texas, is also hesitant. "We're not California where we have an excess every year. We're not Oregon or Washington, where we have built up our grape supply,” he tells Dallas News. “Unless we have five years of consecutive, quality yields across the state, we're just not ready for this law."

On the other hand, proponents argue that this is a “truth in labeling” issue. “The adoption of this law would put all wineries on an even playing field and also leave no doubt to the consumer when they seek an authentic ‘Texas’ product,” Andrew Sides, managing partner of Lost Draw Cellars, tells Fox News.

“This is a big problem because ‘Texas’ on the label has become the huge selling point for wineries to their consumers,” says the Fredericksburg winemaker focused on highlighting the unique terroir of the Texas High Plains. “People that are actually producing 100 percent of their wine from Texas grapes can’t differentiate their product from wineries that are, in my opinion, cheating the system.”

While some opponents of the bill don’t believe it’s possible to create a quality or cost-effective wine solely using Texan grapes, William Chris Vineyards and others have learned to use grapes that grow well in the local soil and climate, Harvell tells Fox News. “You’ll never get a quality Chardonnay out of Texas,” he says, noting that Mediterranean varieties, for instance, do better.

While the divisive matter is yet to be settled, one thing is clear: don’t mess with Texas-- but do taste its wine.

Lindsay Minerva is a writer, editor and communications consultant. Follow her travels and cultural consumer insights on Twitter @lindsayminerva.