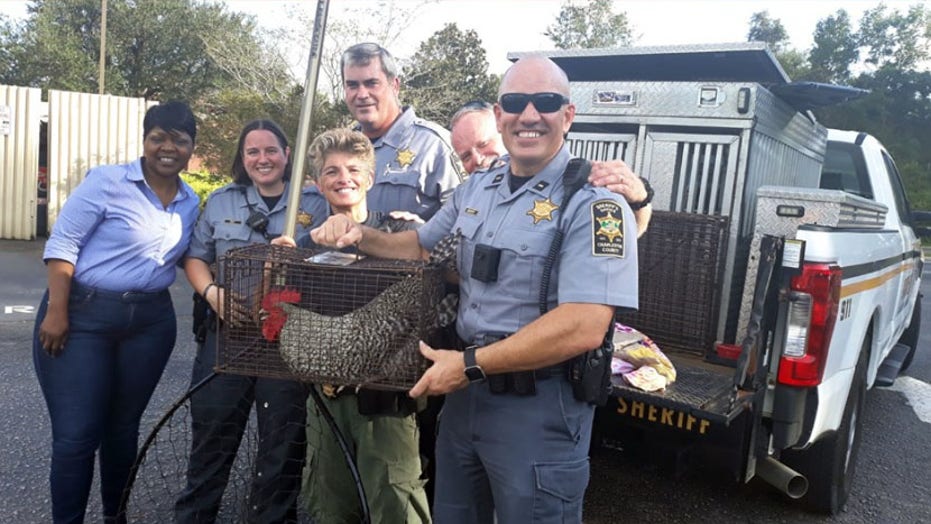 It isn’t just Chihuahuas that say “Yo quiero Taco Bell!"

Authorities in South Carolina took a “rowdy” suspect into custody outside of a Taco Bell after being called to the scene.

According to a post on the Charleston County Sheriff’s Office’s Facebook page, a large rooster had been “loitering” near a local Taco Bell. Apparently, the bird had been surviving on various food items like tacos, pork rinds and even dog food.

LIBRARY BOOK RETURNED WITH FULL TACO SHOVED BETWEEN ITS PAGES

The post states, “After a rough weekend, it's good to see a gamecock story with a happy ending. Deputies from our Patrol Division and Animal Control Unit responded late last week to the Taco Bell on Highway 78 in Ladson for a report of a rowdy rooster causing a ruckus. He had been loitering for a week and chowing down on tacos, pork rinds and dog food whenever he felt a bit peckish.”

Fortunately, authorities were able to corral the animal, with a little bit of help. “Patrol deputies came, and Animal Control provided backup with a net,” the post continues. “Together, they corralled the rather large rooster. He was transported to the Charleston Animal Society without further incident.”

The post concludes with a joke, saying, “So now we know why the chicken crossed the road: to get to Taco Bell. ... And thanks to these deputies, this rooster will live mas.”

Maybe the rooster was just upset about Taco Bell’s recent decision to discontinue the Cool Ranch Doritos Taco (along with several other menu items).