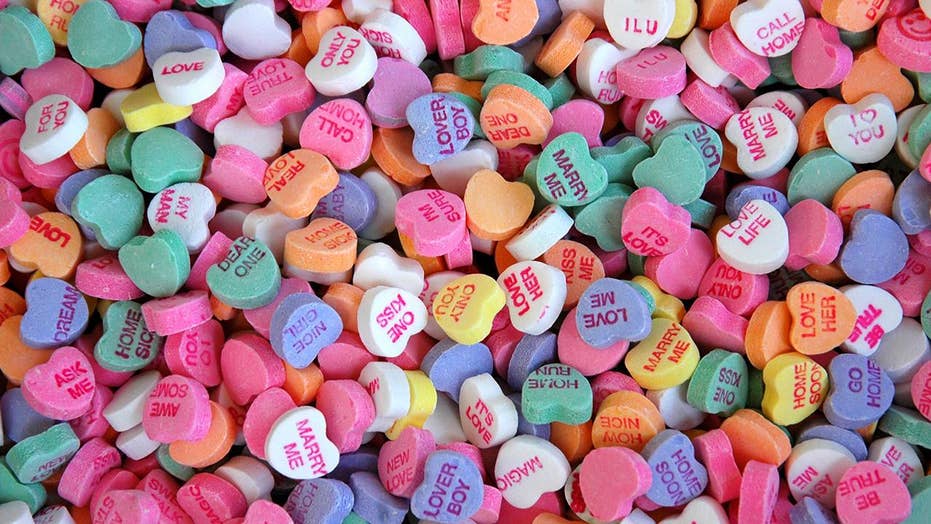 Candystore.com, an online bulk candy store, used data from the past 12 years to determine each state’s most popular Valentine’s Day candy.

If you live in Georgia, don’t even think about giving your Valentine’s Day date Hershey's Kisses.

Valentine’s Day is a big day for candy, but that comes with a lot of pressure. Everyone likes something different, and the wrong candy can ruin a perfectly good holiday (or, at least, make it not as fun).

Candystore.com, an online bulk candy store, used data from the past 12 years to determine the most popular Valentine’s Day candy for each state. Not surprisingly, Hershey's Kisses are a common entry for the romantic holiday.

Based on data from the past 12 years, a bulk candy store ranked each state's favorite Valentine's Day candy.<br> (CandyStore.com)

Alabama was the only state with candy necklaces ranked in first place, although West Virginia, Vermont, New Mexico and Hawaii ranked the item as the third most popular candy for the holiday.

Pennsylvania, New Jersey, Maryland, Kansas, Iowa, Idaho and Arizona ranked M&Ms as their most popular Valentine’s Day candy, which makes sense, as Mars usually puts out a variety of seasonally themed versions of the candy for the holiday.

Another popular item is, not surprisingly, heart-shaped boxes of candies. States including California, Connecticut, Florida, Georgia, New Hampshire, North Carolina and Washington all had that item listed as their most popular holiday candy. To be fair, however, heart-shaped boxes of chocolates come in a wide variety and often include several different types of candy.

One of the more popular items among U.S. states were chocolate candy assortments. (iStock)

Several states, including Tennessee, Virginia, Vermont, North Dakota, Montana and Missouri had Conversation Hearts as their most popular candy.

Surprisingly, chocolate roses were only the most popular candy in Oregon. Apparently, every other state would rather get real flowers for the holiday.