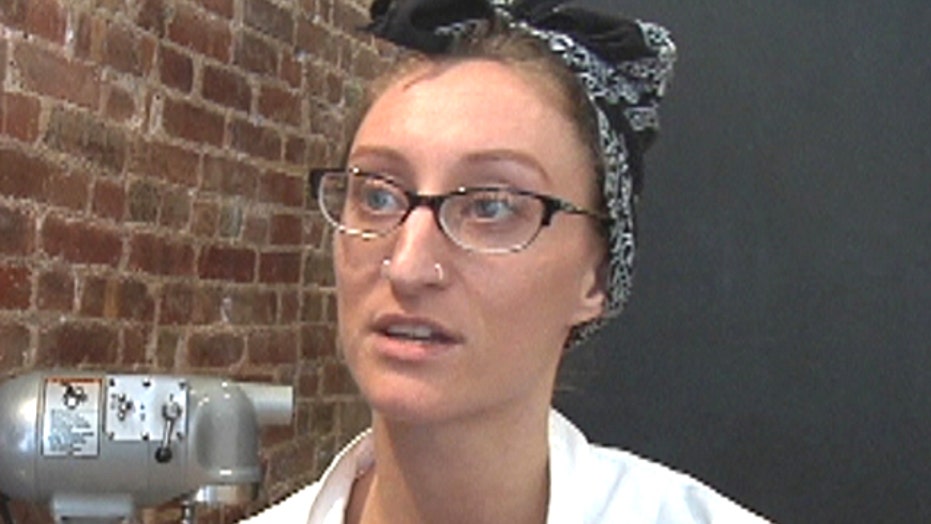 It used to be that making mouth-watering pastries and desserts required ingredients like cream and butter.

Getting the vegan alternatives, like non-animal proteins and fat, to mimic the regular stuff didn't always work.

But Quinn Ventura, executive pastry chef at New York's Blossom Bakery, has figured out a way to make cakes, pies, cookies, and even S'mores taste so delectable you'd never know they were actually good for you.

“It’s all about knowing your ingredients and how your ingredients work. Once you have the science down, it’s easy to make substitutions that would be appropriate for that style of recipe,” she said.

She showed Kitchen Superstars her secrets on a recent visit, where she said her passion for pastry runs in the family.

“My father is a chef, my mother is a baker. I attended the same culinary school as my mother,” she said.

After studying culinary arts at SUNY Schenectady, Ventura worked as a pastry chef and then landed a job in New York City whipping up sinfully delicious pastries the vegan way.

She now oversees the production the all-vegan baked goods sold at the nearby Blossom du Jour restaurant and has a line of confections that are sold at select Whole Foods stores.

But Ventura says she wasn't always a vegan.

“I was a strict vegetarian for a really long time," she said. "I started working here and really felt passionate about the reasons why Blossom, in general, is vegan. And they really opened my eyes in general as to things I was ignoring as a vegetarian.”

Ventura says that includes not eating any animal fat, which has all the bad cholesterol.

But is it possible that a vegan dessert can actually taste good? Ventura thinks so, and her efforts have won her a sterling reputation in the culinary world.

”My goal and my job is to make sure that everything we make tastes so you would have no idea that it was vegan.”

One favorite treat is the Harvest Cookie, which can now be found in Whole Foods.

“I have made it a personal goal to perfect the vegan Canoli. I have also been working on vegan French Macarons.”

And we can’t wait to try them.