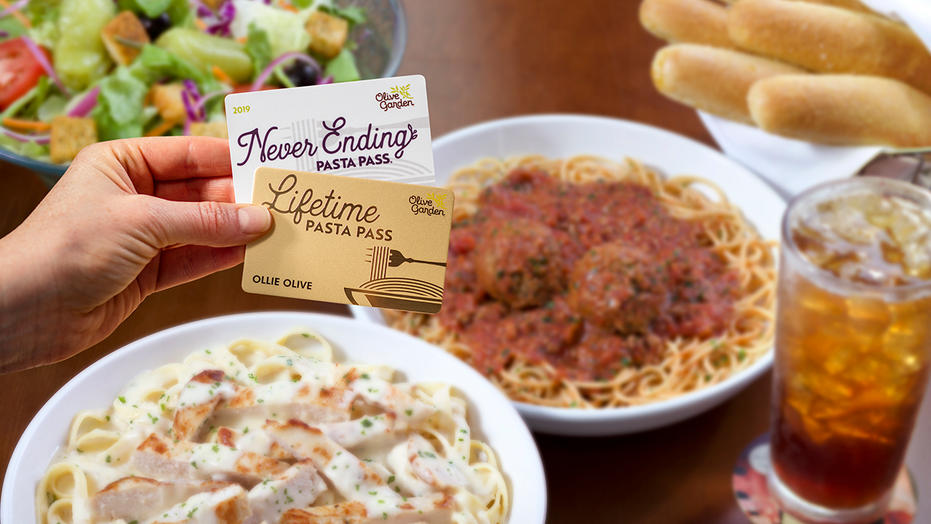 Is $500 too much to pay for a lifetime of unlimited creamy mushroom fettuccine?

Not at all, according to more than 20,000 die-hard Olive Garden fans.

On Thursday afternoon at 2 p.m. EST, the restaurant’s $100 Never Ending Pasta Passes, which actually are valid for nine weeks, became available for sale online, and all 24,000 of them sold in less than a second. Even more astounding is the fact that, of those 24,000 customers, 85 percent — some 20,400 people — opted in for a chance to purchase one of only 50 available “Lifetime Pasta Passes” for an additional $400.

It's gold, so you know it's important. (Olive Garden)

The Lifetime Pasta Passes — which are a new promotion for 2019 — entitle the 50 lucky recipients to unlimited pasta, soup, salad and breadsticks for their entire lifetimes. It’s the first time Olive Garden has offered a promotion of this magnitude, having only offered seasonal Never Ending Pasta Passes, and once an Annual Pasta Pass, in past years.

In retrospect, it’s not entirely surprising that this year’s Pasta Passes and Lifetime Pasta Passes sold so quickly. In 2018, Olive Garden’s limited Annual Pasta Passes, which allowed the bearer to a year’s worth of unlimited food, sold out in less than a second, per the Daily Meal. And in 2017, all 22,000 of the passes Olive Garden offered sold out in one second as well.

<br data-cke-eol="1"> “With the introduction of our new Lifetime Pasta Pass, we’re excited to be a part of our biggest fans’ memories around the table for years to come," said Jennifer Arguello, executive vice president of marketing for Olive Garden. (iStock)

The lucky 50 “winners” of this year’s Lifetime Pasta Passes will be notified of their windfall Friday morning, and will have 48 hours to claim the deal, an Olive Garden representative confirmed to Fox News.