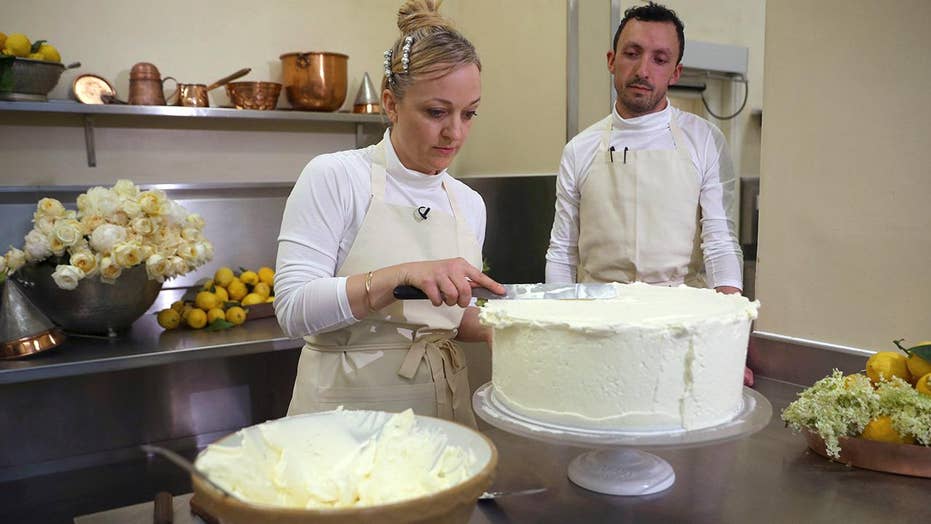 Harry and Meghan's wedding cake includes elderflower syrup made from the queen's trees.

At their royal wedding, Prince Harry and Meghan Markle will be serving up a slice of originality with their wedding cake.

The soon-to-be-wed couple chose a lemon elderflower cake to serve at their wedding reception, a break from the traditional fruitcake typically served at British weddings. The unique cake is expected to incorporate “the bright flavours of spring,” according to Kensington Palace.

Read on for a look at what’s in the cake -- and what you’d need to make it at home.

What exactly is a lemon elderflower cake?

Decorated with fresh flowers and buttercream frosting, the royal wedding cake will be a lemon elderflower flavor, according to Kensington Palace.

Elderflower blossoms are reportedly difficult to come by in the U.S., so those who wish to celebrate in America and eat like the royals can substitute the flower for a liqueur, such as St. Germaine. Aside from lemon and elderflower, most recipes for this type of cake incorporate traditional ingredients of flour, sugar and eggs, as well.

Want to make this cake at home? While this cake looks simple, make sure to give yourself plenty of time for baking, layering, cooling, frosting and decorating.

Is this a usual choice?

The cake is seen as one of the ways Prince Harry and Markle have broken with tradition, as British weddings will typically serve a fruitcake.

The choice of the cake “most surely reflects … the transformation of British attitudes toward baking in the years since William and Kate were married,” British food writer Bee Wilson wrote for The New Yorker. In comparison, Prince William and Duchess Kate served an eight-tier traditional cake at their wedding.

ROYAL WEDDING CELEBRATED AROUND THE WORLD WITH OVER-THE-TOP PARTIES

“Lemon and elderflower is definitely a unique flavor combination … even though elderflower is a thoroughly British ingredient, it’s not often used in cakes," Vo said.

However, the lemon elderflower cake is probably more traditional than the banana-flavored cake the couple was rumored to want or the five-tier cake made out of cheese that was given to them.

Who is making the wedding cake?

Pastry chef Claire Ptak has been tasked with whipping up the cake. From California, Ptak now runs Violet Bakery in London.

Ptak and Markle have history: Markle once interviewed the chef for her lifestyle blog TheTig.com, where she “celebrated food and travel, and featured interviews with friends and role models to discuss philanthropy and community.”

“I can’t tell you how delighted I am to be chosen to make Prince Harry and Ms. Markle’s wedding cake,” Ptak said in a statement. “Knowing that they really share the same values as I do about food provenance, sustainability, seasonality and most importantly flavour makes this the most exciting event to be a part of.”