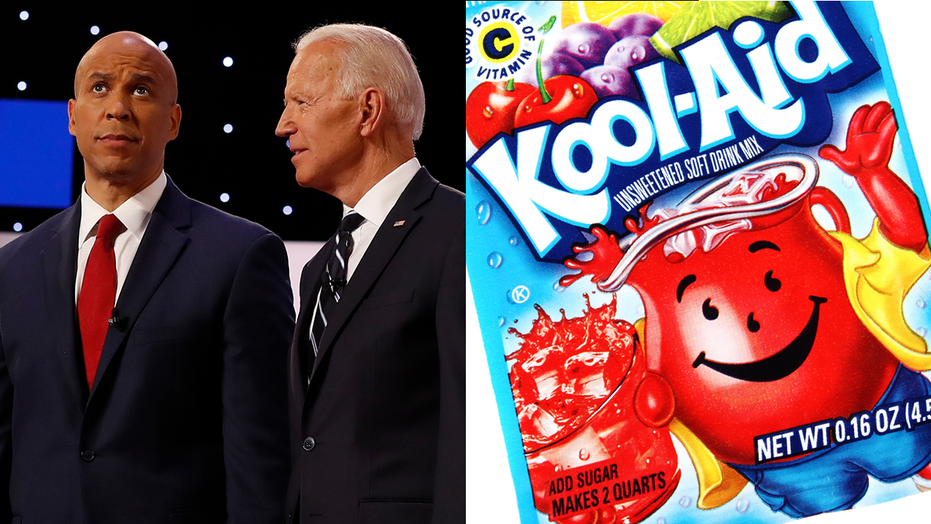 Who knew the Kool-Aid Man was an avid observer of American politics?

On Wednesday night, the official Twitter account of Kool-Aid responded to Sen. Cory Booker, D-N.J., after the sugary drink was name-checked during an exchange with former Vice President Joe Biden during the Democratic debate.

The tweet came in response to Booker and Biden attacking each other over their criminal justice records. Booker had accused Biden of creating the criminal justice problems he was proposing solutions for, and Biden shot back by accusing the former Newark mayor of allowing illegal “stop and frisk” practices during his term.

"Mr. Vice President, there's a saying in my community: 'You're dipping into the Kool-Aid and you don't even know the flavor," Booker responded.

The exchange has since become one of the most talked-about from Wednesday night’s debate.

Kool-Aid’s subsequent tweet had garnered over 1,000 retweets and nearly 5,000 likes by Thursday morning, along with plenty of comments remarking on Kool-Aid’s response, the “saying” Booker described, and the nature of American politics in general. Kool-Aid also responded to several — or rather, the Kool-Aid Man did.

A representative for Kraft-Heinz, Kool-Aid’s parent brand, was not immediately available to comment, or to confirm whether the Kool-Aid Man is intending on throwing his hat into the ring in 2024.