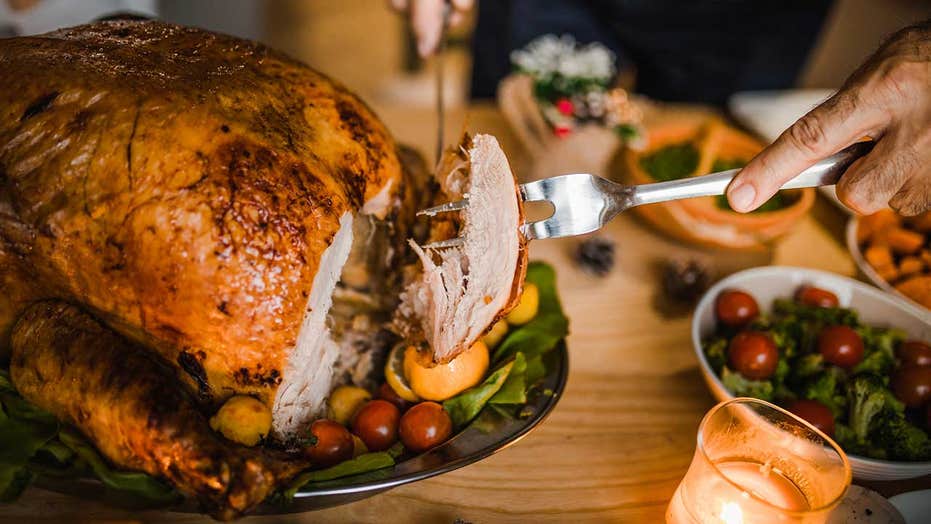 The FNC and FBN host shares a few of his preferred recipes and another that he calls the 'most loathsome food on the planet.'

As we enter the holiday season, Americans are abandoning their attempts to be healthy, as about half will break their diet and give in to the temptation of holiday food, according to new research.

A survey of 2,000 Americans who celebrate the holidays found that 47 percent have succumbed to the lure of their favorite treats, and ended up quitting their diet as a result. The biggest food temptations were found to be cookies (53 percent), pies or cakes (53 percent) and home-cooked holiday meals (44 percent).

NEIL CAVUTO 'CAN'T STAND' THIS ONE DISH AT HIS THANKSGIVING DINNER

But they’re not alone in making unhealthy decisions at the end of the year: The results of the second annual “Writing Off the End of the Year” survey have found that 41 percent use the holidays as an excuse to postpone being healthy, compared to 47 percent the previous year.

Commissioned by Herbalife Nutrition and conducted by OnePoll, the survey found that for those planning to “start again in January," a third start postponing their healthy habits by mid-November.

Fifty-nine percent of respondents said it was hardest to stay healthy during the winter holiday season, and food is a major reason why. Forty-four percent also admitted to having eaten more than one dessert at a meal, while 36 percent have eaten more than one holiday dinner in a day. Another 30 percent say they’ve had to undo a button on their pants because of eating too much.

In fact, the average person expects to gain six pounds during the holiday season, according to both the 2018 and 2019 survey.

The biggest food temptations were found to be cookies (53 percent), pies or cakes (53 percent) and home-cooked holiday meals (44 percent). (iStock)

And the survey found that three in 10 actually plan to eat more during the holidays – specifically because their New Year’s resolution is to be healthier.

“Staying on track can be hard especially if you are tackling it on your own," says Dr. John Agwunobi, co-president and chief health and nutrition officer at Herbalife Nutrition. "Developing a support system of people who know your goals, strengths and weaknesses can be extremely beneficial in maintaining a healthy lifestyle, especially during the challenging times of the year.”

Interestingly, this year’s survey showed that respondents are less optimistic about their ability to stay healthy in the new year (45 percent) as compared to 2018 — when 54 percent believed their efforts would be successful.

But with January comes a “new year, new me” attitude, and results found that 33 percent are planning to make a New Year’s resolution – compared to 34 percent last year.

The top resolution — for the second consecutive year — is to exercise more. In 2018, however, that resolution ranked higher among respondents. (Just 59 percent listed it as their 2019 goal, as compared to 71 percent in 2018.) Eating healthier and saving more money accounted for the second and third most common resolutions, with 59 percent and 53 percent planning to do so, respectively.