A popular food blogger alleges that she was recently attacked for wearing a hijab, claiming that neither bystanders nor employees at the Starbucks where the incident occurred did anything to help her.

Reps for the coffee chain have since told Fox News they are investigating the incident.

Nur Ashour, a Dallas, Texas-based food blogger and mom of two, took to social media on June 16 to share the harrowing allegations.

“Today I got harassed by a woman for wearing a hijab. The sad part was it was Starbucks and not a single employee or bystander said a word to her,” Ashour tweeted, in a post that has since been liked over 194,000 times. “She threw things in my face and said horrific things. Had the roles been reversed, I guarantee the reactions would have differed.”

“I had my 8 month old daughter with me and my three year old nearby. I was so shook up I had to leave immediately because I feared for the safety of my family,” she continued. “Had I not approached a security officer outside, not a single person at Starbucks thought to even check on me.”

“It’s really sad that I have to explain to my 3 year old that people can hate someone so much because of their religion or the way they dress. This is such a small thing compared to the hatred other Muslims experience on a daily basis,” Ashour went on. “America, do better.”

The Instagram-popular foodie elaborated that the female aggressor bumped her from behind and threw coffee sleeves at her, while yelling at her, demanding that she leave the store and even following her out of the establishment.

Though the 25-year-old blogger did not immediately return Fox News’ request for comment on the story, Yahoo Lifestyle was offered the following statement on Ashour’s behalf from the Council on American-Islamic Relations-Dallas/Fort Worth. 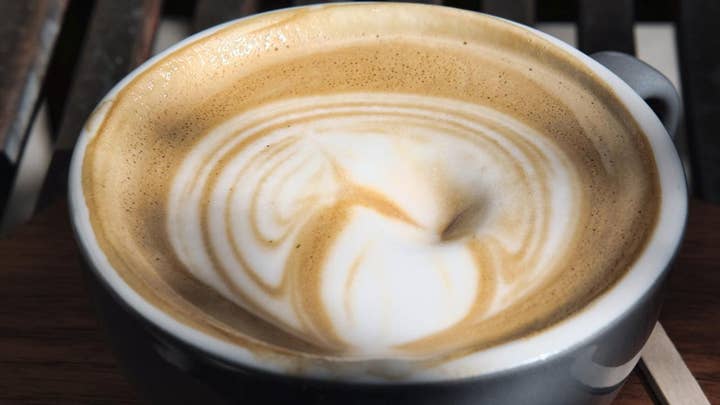 "Hate crimes are on the rise throughout the United States, including here in Dallas," the organization’s interim executive director Ekram Haque added. "Earlier this year at the Dallas Reunion Tower, another American Muslim woman was verbally and physically attacked apparently based on her identity as a Muslim woman."

Moving forward, reps for the Council on American-Islamic Relations-Dallas/Fort Worth are urging witnesses with any information on the alleged attack to contact law enforcement officials.

When contacted for comment, reps for Starbucks offered Fox News the following statement:

“We are taking this claim very seriously, have connected with the customer, and are working with her directly to understand what took place. There is absolutely no tolerance for any type of discrimination in our stores,” a spokesperson said on June 19.

“Customers who exhibit discriminatory behavior are not welcome in our stores,” the rep continued. “We know our customers visit Starbucks to engage in a warm and welcoming environment.”

“When customers do not have the experience they come to expect at Starbucks, we work quickly to address it,” they concluded.