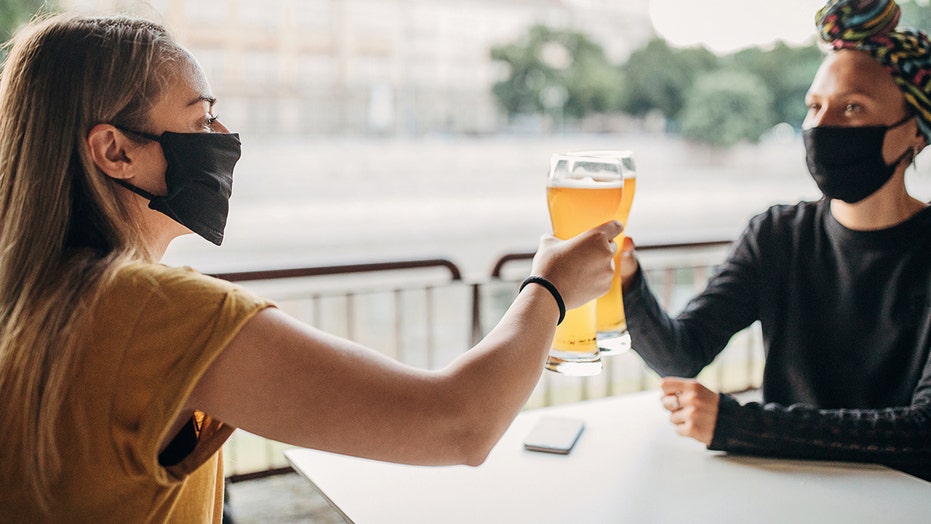 CDC Director Redfield calls on Americans to wear masks, says they may work better than a vaccine

The owner of a bar in Florida has outright banned any patrons from wearing masks or face coverings amid the COVID-19 pandemic, saying he doesn’t “agree” with the idea.

Gary Kirby, the owner of Westside Sports Bar and Lounge in West Melbourne, told Fox News that he's been getting death threats for prohibiting masks at his establishment but claimed that the people in his town have "for the most part been in 100% support" of his decision.

“I personally don’t agree with it. So that’s why I made the decision to… I don’t want them here,” added Kirby in a previous an interview with Fox 35 Orlando.

Kirby reportedly began banning patrons with masks as of Sept. 11, claiming that the CDC-recommended safety precaution is “hindering our lifestyle as we know it.” In a statement to Fox News, he added that he doesn't agree with mask mandates because face coverings make it harder for his bartenders to identify if a patron has been overserved.

ILLEGAL BROOKLYN BAR SHUT DOWN AFTER COPS FIND 281 PEOPLE INSIDE, INCLUDING CHILD

Kirby, however, claims he has another reason he’s wary of face coverings: He alleges that his bar was burglarized after hours on Aug. 9 by a man in a surgical mask. When asked whether he believed the suspect would have just shown his face prior to the pandemic, Kirby claimed that police told him that "criminals would be capitalizing on the mask mandate all over using it to their advantage to get away with crimes."

He also admitted to Fox News that the police suspected the burglary was an "inside job."

A spokesperson for the West Melbourne Police Department told Fox News on Friday morning that a police report was filed following the alleged burglary. Police also said that Kirby has been "uncooperative" with any attempts to investigate the burglary further and has refused to meet with detectives.

The bar’s new ban on masks has received mixed reviews on social media, with people as far away as Texas and California writing bad online reviews for the business, Kirby says. However, he told Fox News he also has "hundreds" of messages of support from fans on Facebook.

“I’m getting messages on my Facebook saying, ‘Hey, football, we’re coming there to watch the game,’” he told Fox 35.

Masks are prohibited at the bar, according to owner Gary Kirby. However, he said a doorman will still be taking temperatures before allowing anyone inside. (Google)

But even with Kirby’s mask ban in place, customers won’t be able to walk into the bar without any type of screening at all. According to Kirby, a doorman greets guests out front and takes patrons’ temperatures before they can enter.

Once inside, any patron who dons a mask will be asked to remove it, WESH 2 reported. If they refuse to comply, they will be thrown out.

West Melbourne, which is located in Brevard County, does not mandate that businesses require patrons to wear masks before entering. Instead, county commissioners decided in July that businesses must clearly state their own mask policies — and whether they require them — at entrances.

“We simply encourage residents to follow CDC recommendations — which is to wear a mask. Period,” said Don Walker, the communications director for Brevard County, in a statement shared with Fox News. “There is no enforcement, etc., on mask wearing.”