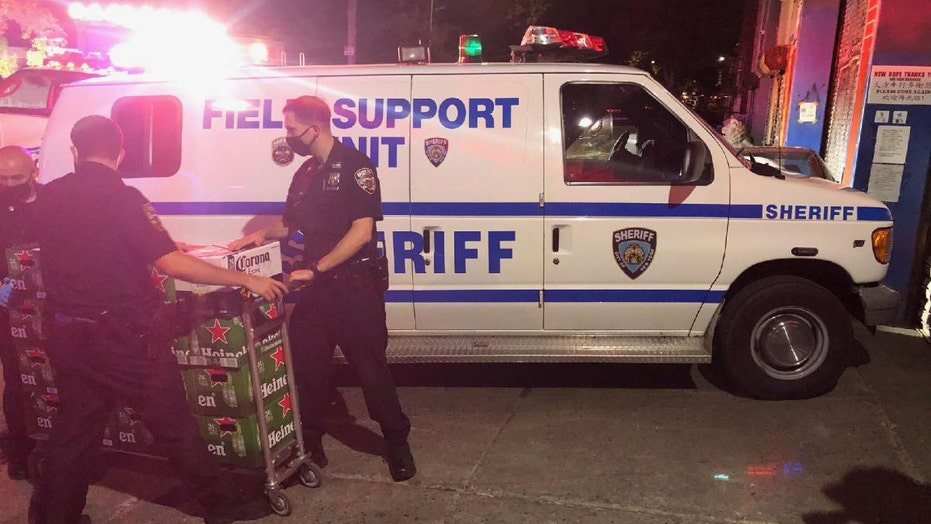 A karaoke bar in Brooklyn was shut down over the weekend after violating … well, pretty much every law on the books.

The New York Sheriff’s office has confirmed that The Legend KTV, located in Borough Park, was ignoring the city's coronavirus safety guidelines and illegally hosting 281 people, including one minor, on Sunday. The bar was also serving liquor without a valid liquor license, which had been revoked in 2019.

In addition, The Legend KTV was found to be in violation of a vacate order issued in 2018, and the establishment itself had only one exit in the event of an emergency. It was unclear whether the vacate order was originally issued as a result of the latter violation.

In photos from the raid, police are also seen removing large quantities of beer from the bar.

A nearby resident called the news “a travesty” amid the city’s efforts to quell the spread of COVID-19.

“It's a danger to the residents around here," he told local news outlet NY1.

New York City’s restaurants and bars are still operating under strict guidelines from state and local officials, who recently cited higher chances of transmission and overcrowding for the prohibiting indoor dining, The New York Post reported. Currently, outdoor dining is permitted at restaurants and bars throughout the city.