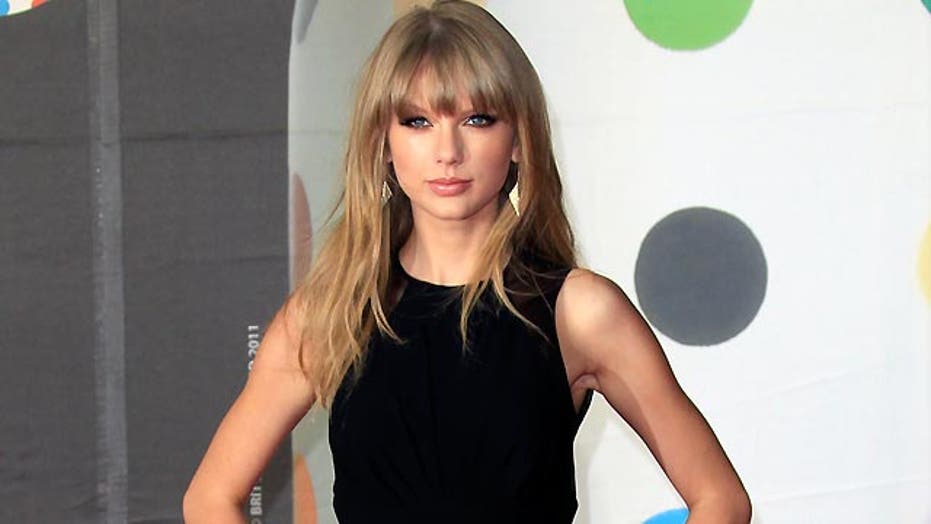 Why are female comedians still going after Taylor Swift?

Why are some of Hollywood's funniest ladies piling on Taylor Swift?

Late-night comedy star Chelsea Handler was the latest to take a jab at the popular 22-year-old singer and her boyfriend problems.

“My theory about Taylor Swift is that she’s a virgin,” Handler, 38, told Andy Cohen on Bravo’s “Watch What Happens Live.” “That everyone breaks up with her because they date her for two weeks and she’s like, ‘I’m not gonna do it.’ And they’re like, ‘Oh, well, forget it. Then I don’t want to date you.’”

Comics are paid to tell jokes, but did Handler's personal poke go too far, especially given the tender age of many of the singer's biggest fan?

“As a young woman the same age as Swift, this ‘joke’ infuriates me. Comedians are often absolved from playing by the rules in the name of humor, but Handler goes too far here. Handler basically sends the message to young women that, ‘if you don’t want to go all the way with a guy, you’re a loser. If you don’t have sex with a guy, he’s going to leave you,’” Katie Yoder of the Culture Media Institute told FOX411’s Pop Tarts column. “She degrades women and their relationship choices while pressuring them to go all the way when it comes to guys.”

Handler's comments came on the heels of the much-publicized ribbing Swift took from Amy Poehler and Tina Fey at the 2013 Golden Globes.

“There’s a special place in hell for women who don’t help other women,” Swift told Vanity Fair in response to having been mocked by the hosts when they cautioned her to “stay away” from Michael J. Fox’s 23-year-old son on the telecast.

Fey responded that hers was just a "light-hearted joke," but Hollywood-based public relations expert Michelle Vink said the humor went too far.

“I don’t understand the allure of ‘mean girl’ humor in the first place. Last time I checked, we were trying to fight the war on bullying,” she said. “Taylor is an easy target. It would certainly be more refreshing to see compassion and support amongst the female population in Hollywood. With all the celebrity support on being better role models and supporting fellow women, it seems a little counter-productive to be laughing it off in the next breath.”

On that note, it seems that in Hollywood, it’s bad to be bad, but maybe worse to be good. Unlike other former teen stars like Miley Cyrus, Britney Spears and Lindsay Lohan, and let’s face it, a large portion of the young Hollywood community, Swift has proven to be a top role model for girls. She has never shot a sex tape or got down and dirty for a movie role or magazine shoot, she has never been busted for drunken driving or doing drugs, nor we do we see her stumbling out of nightclubs in the wee hours of the morning and/or wearing see-through tops on a red carpet.

Instead, Swift is one of the biggest moneymakers in the music industry who meticulously runs her own empire, wears country boots and '60s style dresses, and whose biggest crime may be holding hands with famous boyfriends and pouring out her broken heart in a song (songs she writes herself, which isn’t always the norm in the music industry, either). So is Hollywood, a community that often prides itself on fighting sexism, bringing women up and rallying against the GOP’s so-called “War on Women,” waging its own war against successful females?

“Taylor shines as a model for young girls, and Hollywood unabashedly goes after her,” Yoder said. “A culture that proclaims women’s rights should be fighting for Swift’s dignity and recognizing the damage that Hollywood and the media create – to Swift and young women fans – by poking fun at personal problems.”

However, others argue that Swift leaves herself open and vulnerable to jabs, given that first, she is in the spotlight, and second, almost every song she has penned over the years relates to dating debacles and boyfriend blues.

"With fame comes scrutiny. And rightly or wrongly, a few incidents can quickly define celebrity, particularly the young,” observed Ronn Torossian of 5WPR. “There's no question that every celebrity who goes through puberty in front of the media has their teenage adventures follow them into adulthood. Of course, Taylor Swift exacerbated the scrutiny when she chose to sing about some of her paramours."

But it seems Swift has no plans to alter her lyrical decisions, and is not afraid to bite back against her Tinseltown teasers.

“I think it is something that potentially should be celebrated,” Swift told Vanity Fair. “A woman writing about her feelings in a confessional way – that’s taking it and turning it and twisting it into something that is frankly a little sexist.”