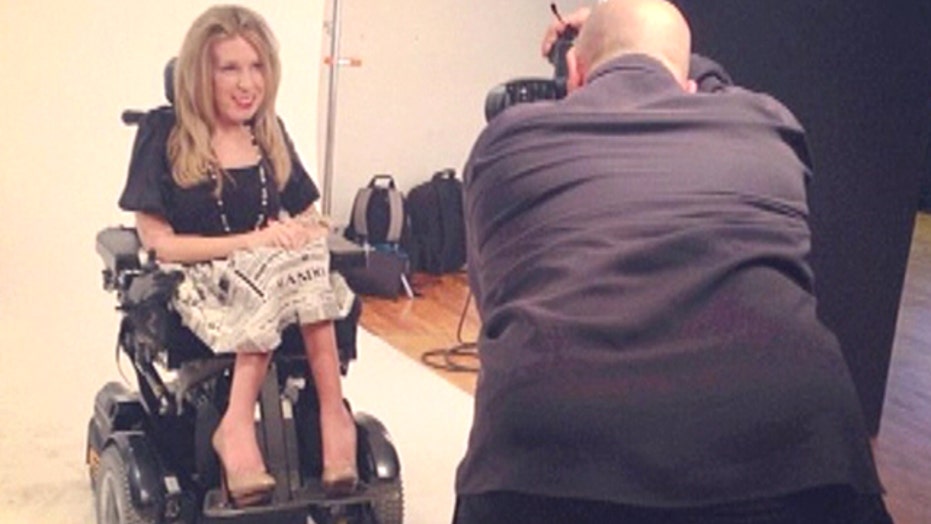 In the Zone: Role 'model'

NEW YORK – New York Fashion Week came to a close Thursday, and no catwalk was without a 5'10" bean-pole model strutting down the runway.

“I was invited by the designer Carrie Hammer to be in her first runway show, and she used role models as the models on the runway, so they were influential females in the community.” Dr. Sheypuk told FOX411. “I have my Ph.D. in clinical psychology so I’m a psychologist that works with adults, and my daytime job is at a clinic, and I work with individuals with chronic and persistent mental illness.”

Dr. Sheypuk has been wheel-chair dependent since childhood due to spinal muscular atrophy and is an advocate for people with disabilities.

“Everyone wants to be stylish, and people with disabilities have been completely ignored by the fashion industry; in the magazines, on the runway, and it doesn’t even make sense because you’re in a wheelchair doesn’t mean you don’t care about the way you look or the clothes you wear," she said. "So it’s time to include people with physical disabilities into this world. “

The 35 year old explained how she never saw a disabled person featured in an ad campaign or a glossy magazine.

“I remember reading fashion magazines throughout my teenage years, and even now I still do it on a daily basis, and I never see anyone in a wheelchair," she said. "[As] a reader it makes you feel excluded. It makes you feel like, ‘OK, I’m not really a part of it.’ When we’re consumers like everyone else. “

Dr. Sheypuk aims to alter the attitude society has about people with disabilities.

“I want to change the image of people with disabilities," she said. "They’re really prevalent and they’re really negative. And they include things like if you have a physical disability you’re not sexy, you’re not glamorous, you’re not stylish, and that’s simply not true.”

The former Miss Wheelchair NY hopes that with a new year, there will be new opportunity for the disabled community in fashion.

“I mean, it’s 2014 and this community we’re educated, we’re professionals, we’re married. We have children. We’re single. We’re dating. We’ve been integrated in a lot of areas except this one area so I hope to really change that image," she said. "I think it would have a huge impact on the well-being of our whole community."