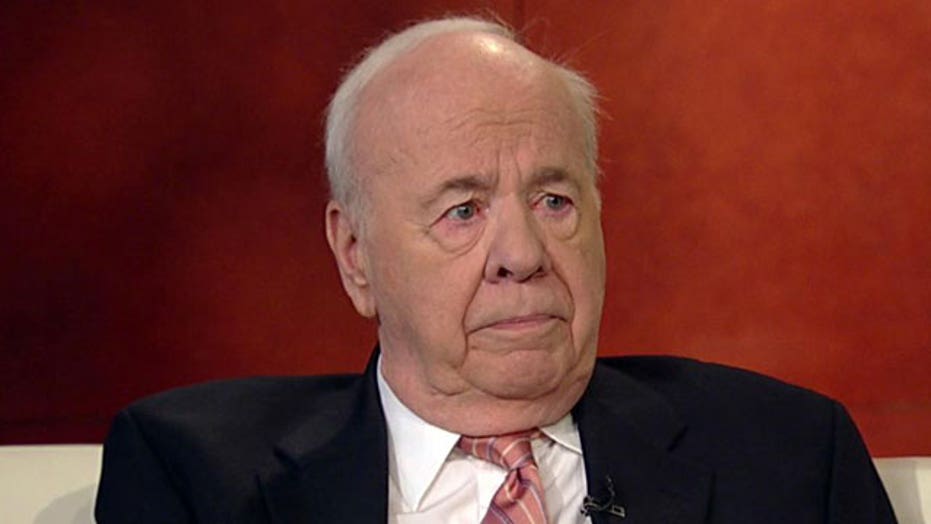 The term "living legend" could easily be applied to Tim Conway. The elfin comedian has been making people laugh for over 50 years in shows like 'McHale's Navy' and of course 'The Carol Burnett Show.' The 79 year-old Ohio native has a memoir out. 'What's So Funny?' is a delightful read tracing Conway's career and his love of practical jokes. The father of six spoke to FOX411.

Tim Conway: Thank you. I haven't read it.

FOX411: We were surprised to read that English was not your first language.

FOX411: You say that "McHale's Navy" got cancelled because it was in black and white.

FOX411: And "The Carol Burnett Show" was the best experience.

Conway: Oh unbelievable. Carol started out with Garry Moore and he was such a people's person, as is she. She just got along with anybody who would listen.

FOX411: And those crackups weren't fake.

Conway: No! That wasn't put on at all. Harvey (Korman) was a very poor performer so you know it wasn't hard to break him up. My favorite thing was to crack him up. We had a special relationship. We stayed friends after the show ended. We were friends for 30, 40 years.

FOX411: Were you amazed at the character's success?

Conway: I was amazed because everyone would tell me when I said that we were going to do a video of it, said, 'Well you know video tapes don't sell that well,' and it was a huge seller.

FOX411: That helped offset all the money you blew owning racehorses.

Conway: Yes well I was going to be a jockey if I hadn't of fallen off as much as I did. I think I would have been an excellent jockey. That was my first love. My Dad had always worked around horses. He was from Ireland and when he came to this country he continued to train horses, so I was always brought up around them. That was my idea to be a jockey but at a 130 pounds even the horse will ask you to get off.

Conway: That's why we're living in a very rundown house.

FOX411: You did an episode of '30 Rock.' Do younger comedians bow down in front of you?

Conway: I don't ask them to but once in a while they do dip a little bit. I enjoy new talent coming up. I think there's plenty of room for everyone. I love to see young people who make it.

FOX411: The state of television now depresses you.

Conway: I think once they let the language in and that language is, well I can't say what it is, it kind of ruined it. You wouldn't want to sit in front of the TV with your kids or grandkids and somebody comes on and says something that is a little off color. You never had to explain that when you were younger because it was never there.

Conway: Yes especially in my house!

FOX411: You're quite a catch! You cook and you can sew. Do you hem your own pants?

Conway: I beg your pardon, I hardly know you! That's a rather personal question. I could hem pants but I take mine to the dry cleaner.

Conway: I know and then they take three days and it's a matter of moments to do it. Bring over anything you have and I'll do it. I'm open 24 hours.

Conway: That's true. I was never comfortable heading a show. There's a lot of responsibility there. I don't like responsibility. I'm much more comfortable in a spot where I'm the humorous clown who comes out and says a few things and goes home.