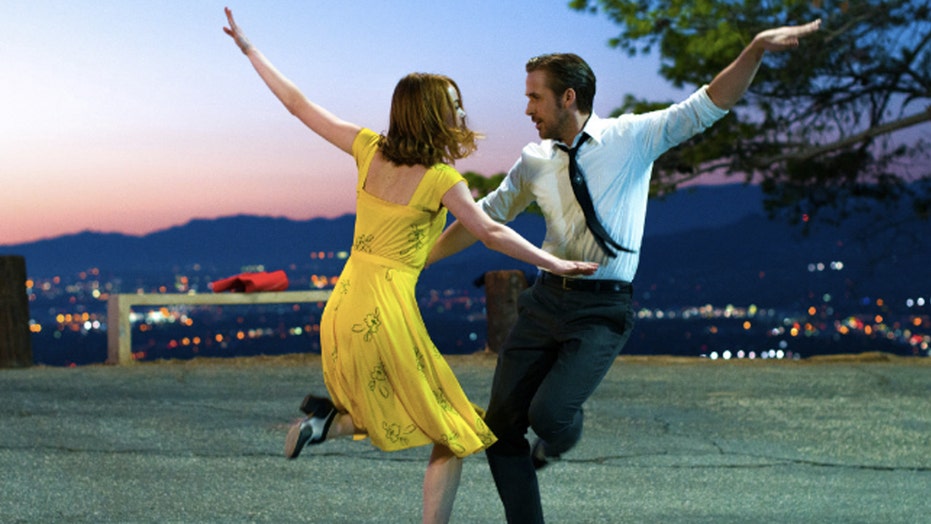 Hit Hollywood musical sweeps of seven of its nominated categories

ET caught up with the cast of "Moonlight" just moments after the film won the Golden Globe for Best Motion Picture - Drama on Sunday, but it was another movie that was on their minds.

"Hidden Figures" was mispronounced twice at the awards show -- once by NBC News correspondent Jenna Bush Hager on the red carpet and again by presenter Michael Keaton on the Golden Globes stage, who both mistakenly called the movie "Hidden Fences."

WATCH: Michael Keaton Says 'Hidden Fences' at Golden Globes After Same Mistake Was Made Earlier in the Day

"We don't all look alike," Mahershala Ali joked with ET's Kevin Frazier, insinuating that people may have been confusing "Hidden Figures" with "Fences."

"Shout-out to just these movies being made," said Janelle Monae, who stars in both "Moonlight" and "Hidden Figures." "I think "Fences" was an incredible film. "Hidden Figures" is an incredible film. It's a story about true American heroes. These women are African-American mathematicians, and got our first American astronauts into space, and they will be hidden no more, so I'm happy for inclusion in Hollywood."

It didn't take long for #HiddenFences to become a trending topic on Twitter, with fans and celebrities alike contributing to the hashtag.

"You know who stars in #HiddenFences ... Garcelle Ashanti Brandy Sanaa Bring It On Union," Gabrielle Union quipped, expressing her disappointment.

You know who stars in #HiddenFences... Garcelle Ashanti Brandy Sanaa Bring It On Union 😑

On Monday morning, Hager fought back tears on "Today" as she apologized for her snafu, which occurred during an interview with Pharrell Williams, one of the producers on "Hidden Figures."

"I've interviewed casts from both of the movies, and if I offended people, I am deeply sorry," she said. "It was a mistake, because y'all know I am not perfect. I am authentic, but a human. And what I didn't want to do is make anybody feel lesser than who they are."

Backstage on Sunday, Monae quickly shook off the flubs. "Moonlight" marked her big screen debut, and she dished to ET about how comfortable the cast made her on set.

"It felt like family," she said. "I was nervous as hell. It was my first film. I studied acting and I was a theatre kid, but coming and filming I was a little nervous. I just remember [Ali] pulling me to the side and just being like, 'Listen, there's no such thing as a mistake. As long as you're leading with honesty, truthfulness, you are on the right path and every decision is the right path.' So that helped. It helped us have that confidence and just excitement to come in every day."

"It was just affirmation of 'You know what? I can do this,'" Jenkins said. "And when I do it in a way that's very truthful and authentic and these folks come on board and do it with me, we can do whatever is in our hearts, and somebody is going to receive it."