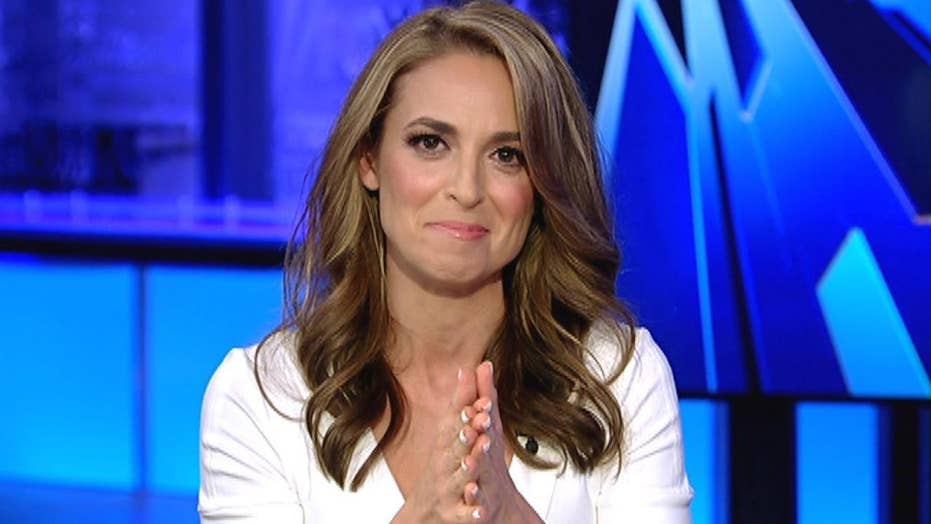 Jedediah Bila to co-host 'The View'

Television host thanks her Fox News friends and fans

Goldberg, Joy Behar, Sunny Hostin and Sara Haines were all in firm support of Streep's words, while Bila said award shows were no place for politics.

"[Meryl Streep] made me turn it off if I'm being honest," Bila said. "Not because I don't respect her right to an opinion, I think she's a phenomenally talented actress. When I turn on an award show, I don't want to be lectured about politics, climate change or the NRA or a left-wing issue or a right-wing issue. I want to appreciate your talent as an actor. I want to appreciate these films and I want to leave the politics out of it."

Streep, a three-time Oscar winner, held nothing back at this year’s Globes.

After winning the honorary Cecil B. DeMille award, the actress took to the stage for her acceptance speech and referenced a clip of Trump on the campaign trail in 2015, where he went after New York Times reporter Serge Kovaleski, appearing to mock the disabled journalist.

"Disrespect invites disrespect, violence incites violence," she said. "When the powerful use their position to bully others we all lose."

Bila said she didn’t know that Trump was mocking the reporter for being disabled and stood firm that award shows should steer clear of politics.

Her comments didn't sit well with her co-hosts.

Goldberg fired back: "The point is, he mocked a person. He's a mocker!"

Bila argued, "I hate when this happens because nine out of 10 times the views do shift left and there are people out there who love Meryl Streep and love her acting but don't want to be made to feel like they're being marginalized for their politics in a moment that's not about politics."

Behar stepped in and disagreed.

"Here's the thing, there's a lot of flack about how she's a celebrity and she shouldn't be political, which is something that you're indicating," Behar charged.

Behar jumped in and said, "People don't like it when actors speak about politics however this country just elected a celebrity!"

The crowd cheered in response to Behar.

The arguments continued for the remainder of the lengthy segment.