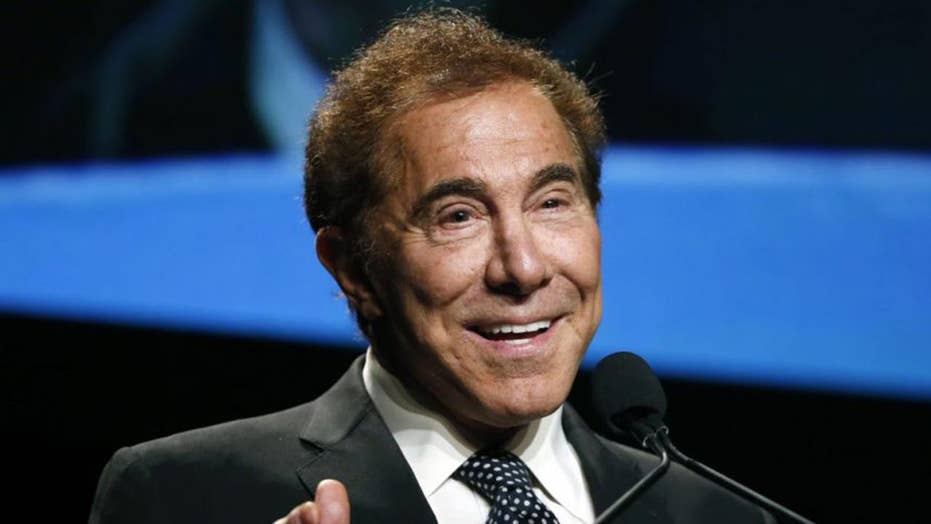 Statement claims a special committee has been formed to investigate allegations against Steve Wynn.

According to the report, more than 150 people spoke out against the 74-year-old businessman, with dozens accusing him of sexually inappropriate behavior.

In response, the board of directors of Wynn Resorts Ltd., of which Wynn is CEO, formed a special committee Friday to investigate the allegations, Reuters reported.

The company says it was committed to operating with the "highest ethical standards and maintaining a safe and respectful culture."

In addition, the Massachusetts Gaming Commission, which is overseeing a roughly $2.5 billion resort that Wynn's company is building in the Boston suburb of Everett, said its investigations and enforcement bureau will conduct a regulatory review of the allegations against Wynn.

"The suitability and integrity of our gaming licensees is of the utmost importance," a commission spokeswoman said.

The most egregious allegation against Wynn in the Journal report comes from a manicurist who claims Wynn forced her into sex in 2005. She alleges Wynn pressured her to remove her clothes and lie down on a massage table in his private suite after she had given him a manicure.

The manicurist said she told Wynn she was married and didn’t want to have sex, but she did as she was told.

After the encounter, the women filed a detailed report with the hotel’s supervisor and the casino mogul later settled a lawsuit over the incident, reportedly paying the woman $7.5 million.

“The idea that I ever assaulted any woman is preposterous," he told the Journal. “We find ourselves in a world where people can make allegations, regardless of the truth, and a person is left with the choice of weathering insulting publicity or engaging in multi-year lawsuits. It is deplorable for anyone to find themselves in this situation.”

"The idea that I ever assaulted any woman is preposterous. We find ourselves in a world where people can make allegations, regardless of the truth, and a person is left with the choice of weathering insulting publicity or engaging in multi-year lawsuits."

A former massage therapist, who worked at the Wynn Las Vegas years ago, said the hotel owner would book multiple private massage appointments with her in his office suite where he would intentionally adjust his towel to expose himself. During one appointment Wynn reportedly told her, “Just get this thing off of me.”

During another session with Wynn, the former employee said she was instructed to massage his penis to climax. The woman said she felt obligated to do so because he was her boss. She said she was paid $1,000 in cash at the end of each hour-long massage session – the same rate she had always been paid for the massages.

According to the Journal, some female employees in the salon would hide in back rooms if they knew Wynn was on his way to the casino. Employees told the Journal that Wynn's actions were well-known enough that employees would sometimes enter fake appointments to help other female workers avoid him.

“Everybody was petrified,” said Jorgen Nielsen, a former artistic director at one of the hotel salons. Nielsen said he and other employees tried to report Wynn’s behaviors to high-level company executives, but “nobody was there to help us.”

Wynn Resorts Ltd. said there has never been a complaint made about Wynn to the company's independent hotline for reporting harassment.

Currently, Wynn is engaged in a messy split from his wife, Elaine Wynn, a co-founder and ex-board member of Wynn Resorts. She claimed her husband “recklessly exposed the company and other directors to liability” while making the settlement with the manicurist back in 2005 and not notifying the board.

Elaine Wynn is currently involved in a messy split from Steve Wynn. (Reuters)

Wynn blamed his ex for the influx of allegations stating, “The instigation of these accusations is the continued work of my ex-wife Elaine Wynn, with whom I am involved in a terrible and nasty lawsuit in which she is seeking a revised divorce settlement.”

In addition to building the luxury Wynn and Encore resorts on the strip, Wynn also built the Mirage, Treasure Island, and the Bellagio.

Wynn is the first CEO and founder of a major publicly held company to come under scrutiny since the Weinstein allegations surfaced.

President Trump has called Wynn a "great friend," despite the two men having previously been rivals in the business world. After the 2016 election, Wynn was named the Republican National Committee’s finance chairman. Wynn has been a generous donor to Republican causes over the years, having contributed more than $600,000 in 2017 alone, according to the Federal Election Commission.