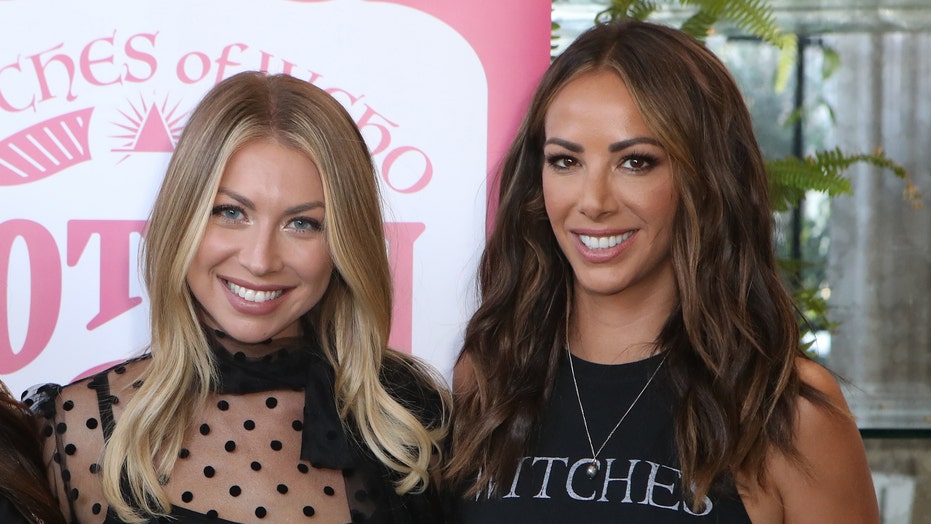 EXCLUSIVE: Stassi Schroeder and Kristen Doute -- who were fired from "Vanderpump Rules" after past racially insensitive actions resurfaced from former cast member Faith Stowers -- may have a steep road to recovering their images, but all might not be lost for the ex-reality star pair, according to industry experts.

"When somebody unearths something that isn't very old and it was obviously discriminating against this gal [Stowers] and them trying to get her in trouble criminally with false allegations, that's big right now," KerrPR President Cherie Kerr told Fox News on Thursday. "That's like pouring salt in the wound of humanity today. Anything like that is intolerable."

Last week, it was revealed that the duo was let go from the Bravo reality show shortly after Stowers accused them of allegedly calling the cops on her in 2018 in an effort to pin crimes on her that she didn’t commit. In addition, two other "Vanderpump Rules" cast members, newcomers Max Boyens and Brett Caprioni, also got the boot when racist tweets from their pasts were uncovered.

"Anything that anybody does to try to set someone up or discriminate against them, it's a dangerous time to do that," Kerr said. "The waves are high in the ocean right now -- not a good time to be swimming in it. The tide is up and this isn't like they called her a name on the show or something. If they willingly called the cops themselves and tried to pin this on her because she looks like the person maybe somebody was looking for, that's a pretty aggressive act. That's like, 'What can we do to mess with her?'"

Kerr believes that given the current unrest centered on racial injustice and police brutality, the situation Stowers found herself in could have proven detrimental. The PR expert questioned why Schoeder and Doute would allegedly pull such a move in 2018 seeing as tensions had been high for years.

"Even in 2018, it wasn't like we weren't paying attention," Kerr said. "We already had Trayvon Martin and some of the others that were unjustly killed and things that happened. So people have been just been on edge. [Schoeder and Doute allegedly] tried to get [Stowers] in criminal trouble and that's about as far as you can cross that line."

Since their firings from "Vanderpump Rules," Schroeder and Doute have endured losses that could set them back in their potential for reigniting their brands.

Doute's publisher announced in the comments section on Instagram it has ceased promoting her book, "He's Making You Crazy," while Schroeder's "Straight Up with Stassi" podcast has been pulled from all platforms, in addition to multiple brand partnerships, as well as her agency and publicist reportedly dropping her. Both Doute and Schroeder have since hired rep Steve Honig.

Eric Schiffer, a branding and PR expert, explained to Fox News that "advertisers and the platforms are hypersensitive right now because there's such outrage over obviously the George Floyd situation and the incidents since, and the spark and underlying set of aggravation it unleashed because of the pattern of behaviors the black communities have experienced."

The pair have since issued public apologies for their actions, but Kerr is reluctant the two can bounce back.

"Today's apologies don't weigh as much as they did just even last week. That's what's really difficult," Kerr said. "They couldn't have hit a more perfect storm. I think short of joining Black Lives Matter and getting out there and walking with them and doing whatever they can to promote and help heal the black community and being front and center and sincerely meaning it -- really getting involved in everything they can that's connected with that, I think then and only then could they start to repair any damage. And I don't even know if that would work today."

However, despite the intense backlash Schroeder and Doute have endured in the wake of the allegations levied by Stowers, Schiffer believes there still might be hope for the two since they delivered apologies that forces them to take action.

“[Schroeder and Doute have] owned up and taken responsibility and [are] trying to do something about it. And I think it certainly read heartfelt compared to most celebrity statements that read like they're written by their high-priced publicist,” Schiffer explained.

He added that he believes the "challenge is you go through these different periods" where "some people may have had misguided beliefs and unfair beliefs."

"And I do think people can change on both sides," he said but noted that there's a "marauding level of incoming criticism" because the alleged action was "so offensive."

“I think with Stassi, she needs now to follow through on what she has communicated. And she's going to need to do the work,” he continued before echoing what Kerr said: "She'll need to reach out to members of the community. And to dedicate time and put her words with action and allow time to heal."

After that, Schiffer believes that Schroeder will "be able to reengage at some point because her audience hasn't gone away in total.”

He added that Schroeder should expect a cooling period of up to a year before corporations might feel comfortable collaborating with her again.

“Whether it's through Instagram or through her own blog or her own podcast that she does herself, I imagine you'll see her try to keep her base intact,” Schiffer explained. “And that's a power for her to then -- when things begin to simmer and advertisers are less risk-averse -- wield. But it's probably six months to a year before there's some change and before the environment shifts.”

Asked if he believes the overall vetting process will be revamped in any sector -- entertainment or otherwise -- the leading industry consultant strongly agreed.

Schiffer said “technology-enabled and AI-enabled” solutions might be put in place to search social media.

“And so I think you're going to see entertainment organizations hire someone like that or companies that do this sort of thing to be able to look at the deepest secrets of individuals and ensure that they pass a critical test in a critical time relative to race,” explained Schiffer.

The author maintained that new language in contracts moving forward might have some people pause and be more vigilant about what is shared to social media.

“What it hopefully will do is help people clean things up from an internal level,” he said. “I think social media in some ways has been the best thing for personal integrity because it causes people to be mindful of their personal reputations. And I think along with that goes how they're viewed and how they're seen as a member of society, including their level of racial bias or lack therein.”