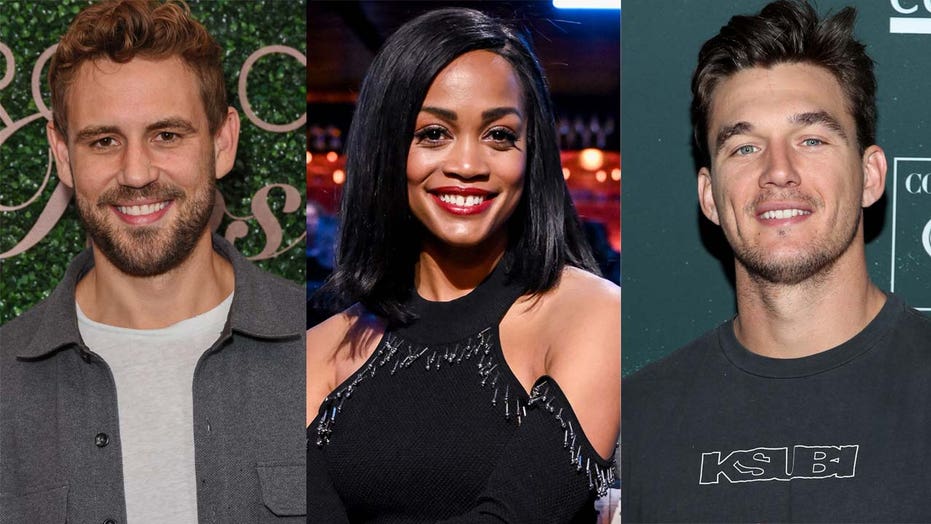 Bachelor Nation is calling for change.

After 18 years on air and a combined 40 seasons under its belt, the "Bachelor" franchise has cast only one black lead in Rachel Lindsay, and now, fans have created an online petition urging producers to make a change. Several alums from the franchise have been lending their support.

"ABC and Warner Bros. have been producing Bachelor content for 18 years. During that time they’ve cast 40 season leads, yet only one Black lead. This is unacceptable," the petition read. "As creators of one of the most popular and influential franchises on television, ABC and Warner Bros. have an opportunity and responsibility to feature Black, Indigenous, People of Color (“BIPOC”) relationships, families, and storylines. The franchise, and all those who represent it, should reflect and honor the racial diversity of our country--both in front of and behind the camera."

The petition stated that representation on-screen "is one of the most important ways our country can embrace its diversity and evolve" before diving into a list of actions requested of ABC and Warner Bros.

Rachel Lindsay is the only black person to lead a season in the "Bachelor" franchise. (ABC/Mitch Haaseth, File)

The list included a call to cast a black lead for the 25th season of "The Bachelor," to ensure that at least 35 percent of future contestants are BIPOC, to feature equitable screentime for BIPOC contestants and mental-health resources for such contestants and to pledge publicly to screen potential contestants more effectively to ensure a lack of prejudice.

Additionally, the petition called for the producers to hire and compensate BIPOC employees fairly, to condemn racist behavior on the show and to donate to a cause fighting racism.

TERRY CREWS RESPONDS TO CRITICISM OVER 'BACK SUPREMACY' TWEET: IT'S 'IMPORTANT WE NOT SUFFER FROM GROUPTHINK'

In total, the petition featured 13 suggestions for the franchise.

Nick Viall (left), Rachel Lindsay and Tyler Cameron are three of the 'Bachelor' franchise alums who reportedly have supported the petition to cast a black lead for the show's 25th season. (Getty, File)

"Diversifying the cast diversifies the audience, which creates a community with open doors — one that invites viewers of all backgrounds, ethnicities, & ages to experience @BachelorABC, and to even apply themselves. #BIPOCBachelor," she wrote.

Kenneth "Diggy" Moreland, a former "Bachelorette" contestant, also shared a link to the petition on his Twitter, writing: "I can't believe we have to FORCEFULLY ask them for this..."

"Singed [sic], I encourage you all to do the same," Nick Viall, who appeared on both "The Bachelor" and "Bachelorette," tweeted, sharing the petition.

Entertainment Tonight reported that other alums such as Lindsay, Tyler Cameron, Lauren Burnham and Seinne Fleming have signed the petition as well.

A rep for Warner Bros. declined to comment and reps for ABC did not immediately respond to Fox News' request for comment.