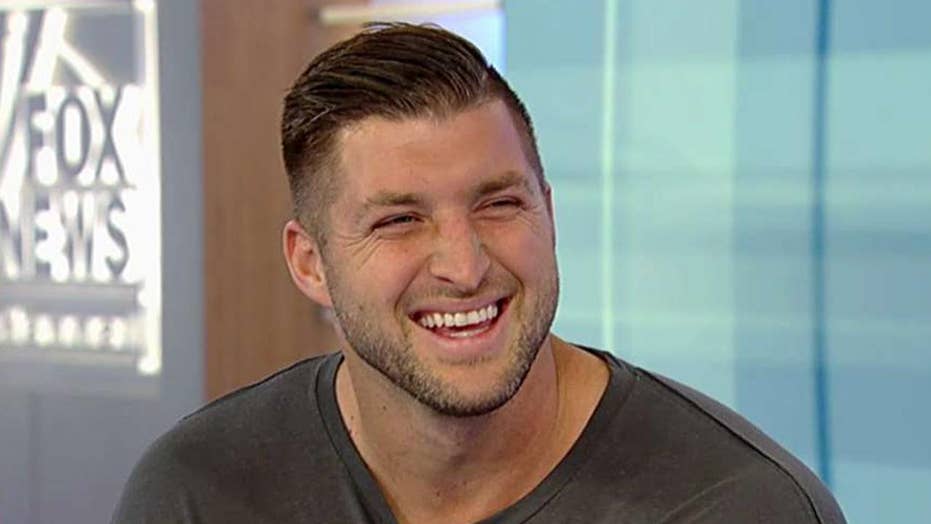 Former NFL quarterback Tim Tebow sat down with Fox News' Sean Hannity Wednesday night to discuss his new faith-based film and the powerful impact Christianity has made on his life.

Tebow, currently a minor leaguer for the New York Mets and now an executive producer, spoke about his new film “Run the Race” which is set to premiere on Feb. 22. It's said to center around two brothers with different points of view, and their high school football and track teams.

“People need to hear the story because it's a hard world, but people need to be encouraged,” he said about the film which first caught his attention six years ago.

He described it as a faith-based film but also a “real film” to which most people could relate.

Tebow spoke about his own relationship with God and why his faith has been so important to him.

“I want to have a life of meaning and significance and purpose more than anything,” he told the Fox News host.

The former Heisman Trophy winner said his life was completely changed when he was 15-years-old and traveled to the Philippines where he met a young boy with a birth defect that resulted in his feet being backward.

“When I left that boy, I knew what I felt like I was supposed to do for the rest of my life and that was, fight for people that can’t fight for themselves and fight for the underdog and love people, and that’s something I try to do in anything that I do.”

Tebow also spoke briefly about his baseball career. He said he'd been “on a good streak” before he broke his hand which ultimately ended the last season for him.

“We’re all failures saved by grace,” he said about his faith and career.