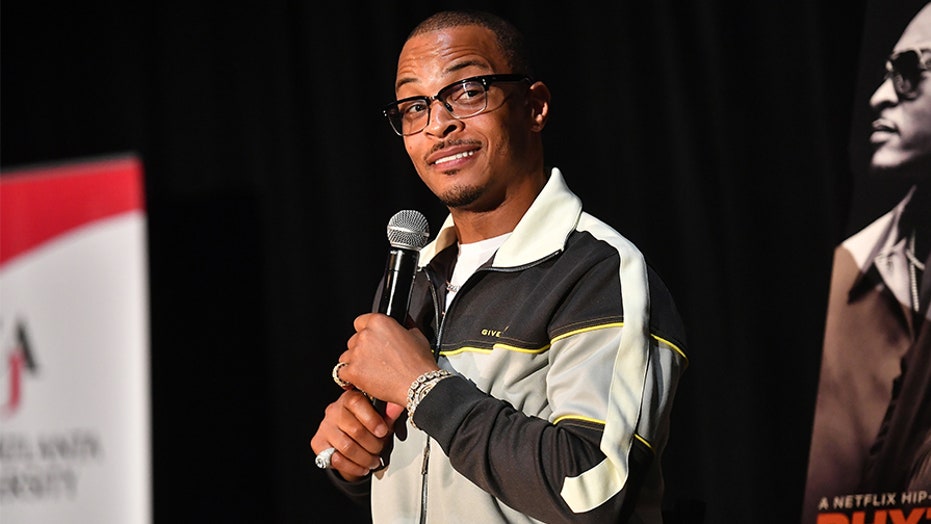 Rapper T.I. has issued an apology to his daughters.

Following the shocking and tragic death of basketball legend Kobe Bryant, T.I., born Clifford Harris Jr., shared a series of photos to Instagram, asking his daughters to forgive his "imperfections."

"I love you girls more than my vocabulary will allow me to express. You have grown so much right before my very eyes & blossomed into strong, brilliantly opinionated, independent young women," the 39-year-old musician wrote in the caption. "I'm so proud of you both and I love you to no end, more than you'll ever know."

He continued: "Please forgive me for any and all imperfections that cause misunderstandings between us.... Charge my mind, not my heart. You see Life may throw us curveballs & deal us some pretty bad hands at times. But rest assured, you'll NEVER find yourself in a place too high or low for me to be there to catch you when you fall."

T.I. concludes the post by saying he wanted to spread his message of love before it's too late, likely referencing the deaths of Bryant and his 13-year-old daughter, Gianna, in a helicopter accident on Sunday.

"I just Can't let another second go by without letting you know while we're still here in this life together...." he wrote. "You have ALL MY LOVE FOR ALL MY LIFE...&AFTER‼️"

The musician has two daughters of his own, as well as a stepdaughter from his marriage to Tameka "Tiny" Cottle.

His stepdaughter, Zonnique, commented on the post, saying "I love you pops," accompanied by a string of heart emojis.

T.I. drew backlash last year after saying that he accompanies one of his daughters to the gynecologist each year to ensure that she hasn't had sex.

“Deyjah’s 18, just graduated high school now and she’s attending her first year of college, figuring it out for herself,” T.I. said during a visit to the "Ladies Like Us" podcast. “And yes, not only have we had the conversation [about sex], we have yearly trips to the gynecologist to check her hymen.”

He continued, explaining that each year, he speaks with Deyjah's doctor about whether her hymen is still intact.

The rapper later withdrew his comments, saying during an episode of "Red Table Talk" that he "began to embellish and exaggerate" when telling the story, and that he was merely joking.