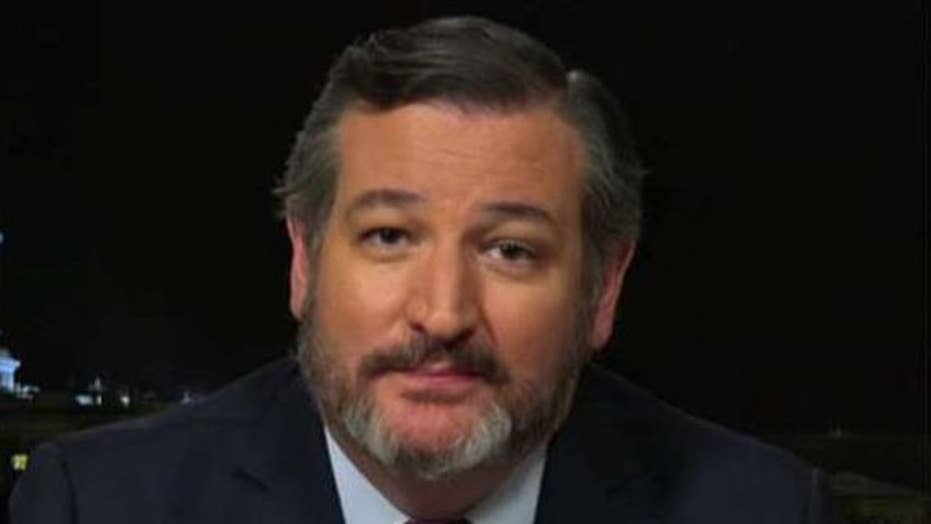 Cruz: Democrats will try to impeach Trump despite Mueller finding no collusion

Cruz began by declaring that last weekend was “very good” for both President Trump and the country after Mueller submitted his report to the Department of Justice and Attorney General Bill Barr issued a summary of Mueller's findings.

“Everything the Democrats in media have been talking about for two years was lacking in a factual basis," Cruz told Fox News' Sean Hannity. "And the entire media has egg on their face. And what are they doing now? They’re not apologizing. They’re not backtracking. They’re not saying, 'Gosh, our facts were wrong.'

The GOP senator also reacted to the admission made by Reuters that it buried a negative news story about his former opponent, 2020 candidate Beto O’Rourke, during the 2018 midterms.

“When it comes to media bias, the Reuters story is truly smoking the gun. Back in 2017, they have evidence that Beto may have committed multiple felonies. The reporter interviewed Beto on the record and he confirmed it, but then they cut a deal and said, 'OK, we won’t report on it until after the 2018 election.' Why? Because they want the Democrat to win, they wanted Beto to beat me,” Cruz said. “Now that Beto is running against Bernie and against all the other leftists, now Reuters will report it. The media is in bed with the far left wing of the Democratic Party.”