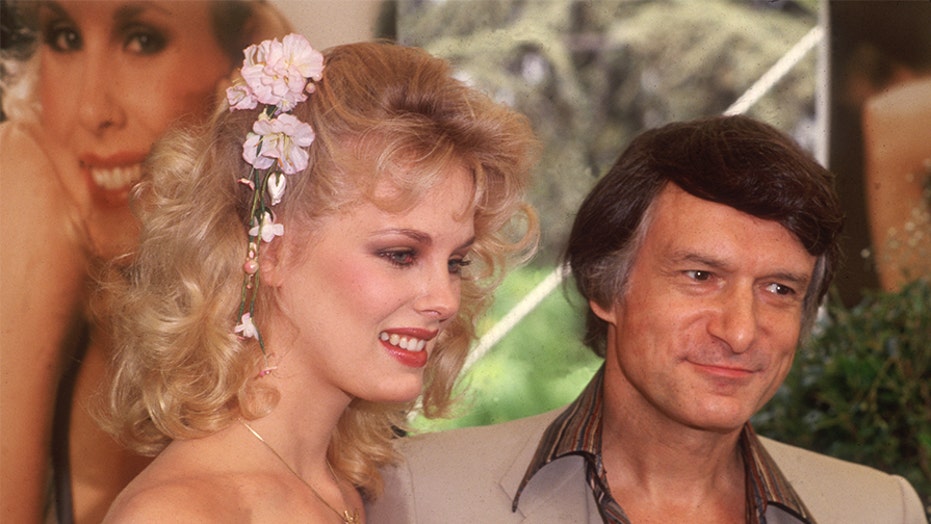 Stephen Cushner and Patti Laurman weren’t prepared for what they saw on Aug. 14, 1980.

Their pal Dorothy Stratten had gone to the Los Angeles house she once shared with estranged husband Paul Snider to negotiate a settlement as part of their divorce. Cushner and Laurman decided to check in on her.

After knocking and hearing silence, Cushner opened the door. Inside the two found the naked bodies of Snider and Stratten.

REBECCA SCHAEFFER’S CO-STAR PAM DAWBER RECALLS HER TRAGIC 1989 MURDER: ‘I WAS SO DEVASTATED’

Dorothy Stratten was named Playboy's "Playmate of the Year" for 1980. She was murdered by her estranged husband in August of that year. (Photo by Fotos International/Getty Images)

Police said Snider, 29, had raped Stratten, 20, and then shot her in the face with a 12-gauge shotgun. The small-time promoter then turned the gun on himself.

Those who knew the couple have come forward for a new two-hour documentary airing Friday titled “The Death of a Playmate,” which analyzes the star’s whirlwind career and brutal slaying.

Cis Rundle, a former Playboy social secretary, reveals in the special that Playboy founder Hugh Hefner was deeply devastated by the murder-suicide.

“Hef was never the same,” Rundle explains. “Part of him died. Part of all of us died because Dorothy was special to us.”

Stratten was a teenager working at Dairy Queen when she was first spotted by Snider.

Teresa Carpenter, who wrote a Pulitzer Prize-winning Village Voice cover story on Stratten in 1980, says Snider was making a living as a promoter for automobile and cycling shows at the time.

“It wasn’t enough to accommodate his extravagant taste, so began to procure girls and pimp them on the side,” she explains. “He didn’t keep a low profile in that he drove a black corvette, wore a mink coat [and a] Star of David encrusted with jewels that he hung on his chest. He was called the Jewish pimp and he cultivated that.”

According to the special, Playboy hosted the Great Playmate Hunt contest in hopes of discovering a new Playmate to feature in the centerfold of its 25th-anniversary issue the following year. Carpenter said Snider convinced Stratten, then 18, to be photographed nude by a professional photographer.

Dorothy Stratten worked at Dairy Queen before she became a star on the rise. (Photo by Frank Edwards/Fotos International/Getty Images)

“[Vancouver photographer Ken Honey] sent me the pictures and… I wanted her on the next plane,” recalls Marilyn Grabowski, who worked with Hefner for over 40 years. “She was a total babe in the woods. I cannot remember another Playmate being that — I don’t want to say naïve — inexperienced, unused to her surroundings and not used to thinking that she was really beautiful.”

Despite Stratten’s beauty, the young model was noticeably shy. The January 1979 centerfold went to Candy Loving, a senior at the University of Oklahoma. However, Playboy crowned Stratten Miss August 1979. She would go on to work as a Playboy Bunny at the Playboy Club in Los Angeles. Cushner said Stratten wasn’t allowed to serve alcohol because she was still 18, but graciously greeted guests at the door.

“She was on the phone with him daily when we shot her,” says Grabowski. “She would call and tell him how great it was going ... She thought that whatever success she was having — and it was embryonic at that point — was totally due to Paul. She leaned on him.”

The couple married in June 1979. Grabowski claims Hefner opposed the marriage and consequently connected Stratten with managers to help protect her assets.

Meanwhile, Stratten began scoring acting gigs in hit shows, like “Fantasy Island” and “Buck Rogers in the 25th Century.” Then in 1980, she was named Playmate of the Year.

“She was really happy then,” says Rundle. “That’s when I think it was starting to change with Paul.”

Stratten was then introduced to filmmaker Peter Bogdanovich who was newly single and spending time at the Playboy Mansion. Not only did he fall for the blonde bombshell, but he wrote a role specifically for her in his film “They All Laughed,” which also starred Audrey Hepburn, Ben Gazzara and John Ritter.

Director Peter Bogdanovich speaking to Stratten while shooting the film 'They All Laughed', 1980. (Photo by The LIFE Picture Collection via Getty Images)

In the “20/20” special, co-star Colleen Camp said Bogdanovich confessed he was “madly in love” with Stratten.

“He was so sad,” she recalls. “He was like, ‘Gosh. She didn’t even tell me she loved me or kiss me.’ There were times when he talked to me and he would start crying. He would sit on the couch and play his guitar, and he had written songs to Dorothy.”

But Stratten was ready to move on. Once she and Bogdanovich returned from filming in New York, they moved in together. Stratten also met with Snider and revealed she wanted a separation.

Newsmen examine the car of Dorothy Stratten, Playmate of the year 1980, after the nude bodies of her and her husband, Paul Snider, were found dead in this apartment in Los Angeles Aug. 14, 1980. Police said she was killed with a shotgun blast in the face, and Snider's body was on the floor on top of the gun. (Photo by Wally Fong/AP)

Former Los Angeles homicide detective Richard DeAnda also shared that around this time, Snider bought a shotgun from the classified ads and picked it up on the night of Aug. 13, 1980.

“[Snider] ultimately had to do what he did, and basically — to Hefner, to Bogdanovich, [to] everybody else, to society in general — put up not one but two middle fingers and say, ‘That’s what you get for messing with Paul Snider,’” says Cushner.

Stratten was buried at Pierce Brothers Westwood Village Memorial Park — the same place as original Playboy cover girl Marilyn Monroe. “They All Laughed,” which turned out to be Stratten’s final film, was released on Aug. 14, 1981.

In 2017, Bogdanovich told Fox News he struggled both personally and professionally after the murder of his love.

RADIO HOST DELILAH SAYS FAITH ‘SAVED MY SANITY’ AFTER SHE LOST TWO SONS: ‘I DID THE BEST THAT I COULD’

“To be candid, I think I lost my mind a bit,” explained Bogdanovich at the time. “I didn’t do anything that was good for me in the long run. I just felt that I wanted [‘They All Laughed’] to get out there because of Dorothy’s murder. I didn’t trust anybody ... I did it myself. I blew about five million bucks. But you can’t do that. You can’t self-distribute. You can’t go against the major studios. But it was done out of genuine affection for the film, as well as the paranoia of everybody around me.”

“I loved her dearly and deeply,” he said of Stratten. “She was kind of the inspiration for the film in a funny way ... Sometimes it’s painful to watch ... Sometimes I can’t take it and just get up and walk out of the room for some of it.”

But seeing glimpses of “They All Laughed" gives Bogdanovich the chance to explore one of the biggest joys from his lasting career again.

“[I miss her] wisdom, her laugh, her warmth, her beauty, her humor, her charm, her elegance [and] her empathy,” he later wrote to Fox News on Stratten. “Everything about her I miss, she had.”