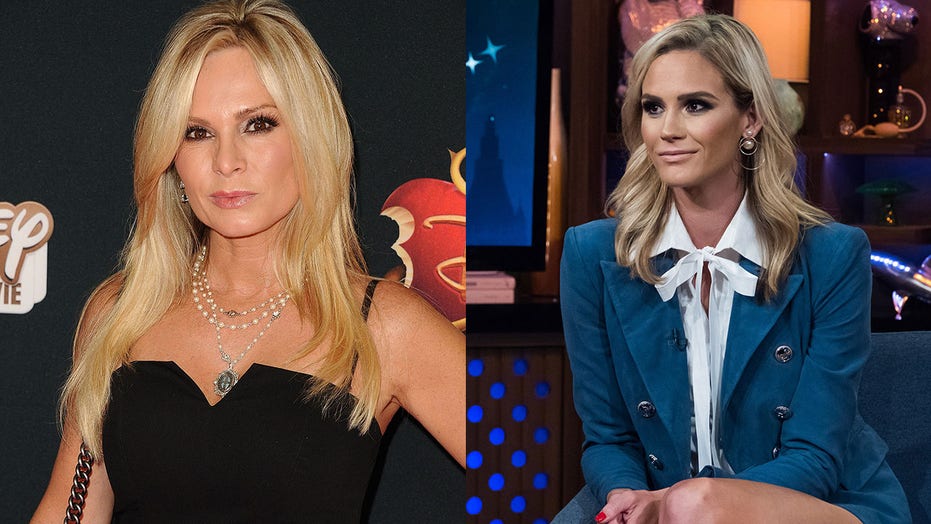 Tamra Judge is weighing in on Meghan King Edmonds’ split from her husband, Jim Edmonds.

Appearing at BravoCon’s “The Real Housewives of Orange County” panel on Sunday, Judge revealed how Meghan has been coping with the split from Jim and even offered some words of advice.

“She’s sad, she’s really sad. But she’s not really ready to talk about it,” Judge said. “I told her to run for the hills.”

Judge doesn’t believe Meghan will heed her advice, however.

“I think she has to stay where she’s at,” the reality star said. “Her mom’s there, she has three young kids. She has a great support system.”

Jim, who was accused by Meghan of cheating with nanny Carly Wilson – a claim he denied – took to Instagram to provide an update on life after the split, only to find himself in more trouble.

Jim attended a Post Malone concert with daughter Hayley on Saturday, and fans speculated he was there with the 22-year-old Wilson instead.

Jim then took to Instagram to deny the allegations and clarify the misunderstanding.

Sharing a photo with his daughter, the former MLB player noted, “I took my first steps outside in a while last night with my beautiful daughter Hayley. Trying to repair a broken life and heart that should not be broken.”

“You all need to get a life!. I have a wife, family and kids to worry about and that’s my only worry right now. Everyone else, BYE ! #repair thank you to all my friends for you continued support,” he continued.

The caption initially made reference to Wilson before Jim revised the post later on.

In an October interview with Us Weekly, Hayley lambasted stepmother Meghan for her conduct over the course of her father's marriage.

Speaking on the divorce, she said, “I’ve been waiting for it. For probably... three years?” “I think it’s impossible to be happy with someone so … I don’t know if I would say narcissistic but, she, like, creates her own problems and loves conflict and things like that."

"The selfishness is miserable for anyone to be around, let alone to be married to her. My whole family has grown closer because we have all had to stay silent in hopes to protect my dad and no one can do it anymore,” she added.

Wilson addressed the cheating allegations on Instagram at the end of October with a text image that read, “Be kind.”

“In the past week, allegations have been made about me which are not based in fact. I have not and never would participate in any action involving infidelity. I consider this a private matter in someone else’s marriage and will not comment on it further. I wish the entire family well.💛💛💛 #BeKind,” she wrote