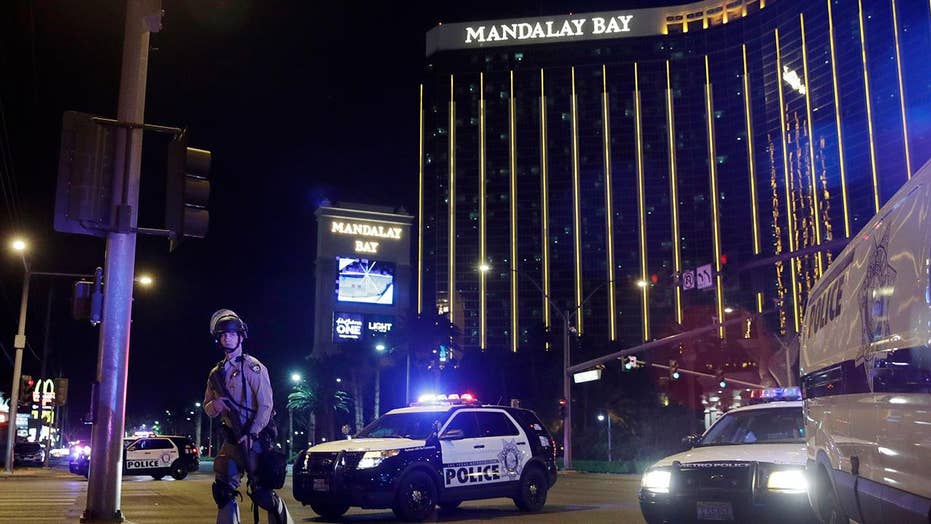 Hayley Edmonds, 20, was at the Route 91 Harvest Festival on Oct. 1 when Stephen Paddock opened fire from his hotel room window, killing at least 58 people and wounding more than 500 others. Country music star Jason Aldean was performing at the time of the shooting.

“She’s (Hayley) not good, as you can imagine,” the reality star told Entertainment Tonight. “She has some PTSD and I think probably everybody (who was) there does... It’s horrible.”

Edmonds said she was thankful her stepdaughter ran from the incident and came out unscathed but her “emotional and mental healing” would take years. She added Hayley was seeking group therapy following the incident.

"Haley's doing great with this. She sought out group therapy," Edmonds said. "She said it went really well and she's trucking ahead in life and moving on. I'm really proud of her. She's growing up."

A day after the shooting, Haley posted a picture of herself and friends at the concert. The caption read: “These pictures were taken 6 minutes before the shooting started. I am so unbelievably saddened by this event. You truly never understand until it happens to you and the people you love…”

Haley, whose father is Jim Edmonds, a former MLB center fielder turned sports broadcaster, tweeted a week following the massacre: “Still can’t seem to process the things I saw and the feelings I’m having. #VegasStrong”